This Week in JPEGs

Does it ever get good?

Share All sharing options for: This Week in JPEGs

It's Friday again, idiots! Last week's JPEG o' the Week is titled NERTS NERTS NERTS NERTS and features the perky nipples of your favorite back up catcher, Brayan Peña. This week's crop of JPEGs does not have any depictions of sexual arousal, but does have plenty of regionally directed ad-hominem attacks.

Boston sucks just as much as Atlanta.

Stupid road trips have been a thing so far this season. Boston was no exception. It's such an annoying place. It's annoying how they talk like they are all dumb or something. It's annoying how everybody is all like, "Oh man, Fenway is such a cool place and I need a selfie with the Green Monster and I'm so dumb!" It's annoying how they can be one of the most successful franchises of the past decade and still maintain a dumb sense of underdogness. 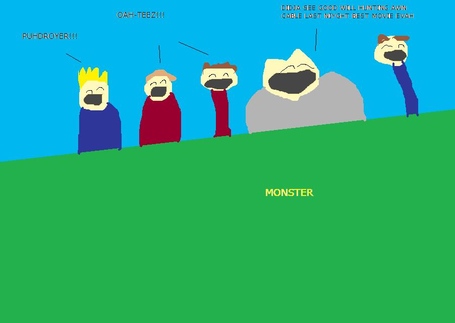 Skip Schumaker has been the target of much ardor since he signed a two-year deal over the winter. After suffering a shoulder injury in spring training, his Reds debut was delayed until just this past week. It happened to coincide with the untimely demise of Jay Bruce's meniscus and Billy Hamilton's hand injury, so Skippy done got himself a shot at some playing time.

And he has been okay, really. He hit a home run in Boston, which was cool. 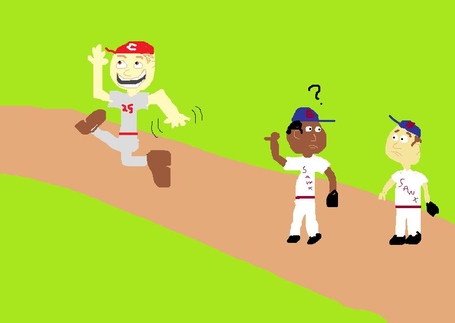 Aroldis Chapman is nearly ready to return to the Reds. He got his face cracked open in spring training, but he has been mending well and is expected to make his season debut this weekend. It is: The Returnening. 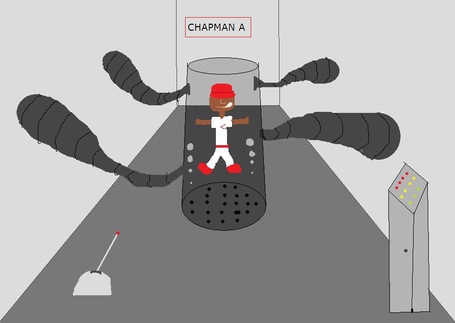