It was a very Billy day yesterday. Let's hope for a very Tony day today.

Tonight's game is going to be a 7:10 p.m. ET paring of Edwin von Jackson and Tony di Cingrani. We may get a Barnhart sighting, which would be exciting for the sheer difference of it, even though Pena has been great as a backstop.

What's new in the world? Billy Hamilton started sliding head-first again, notes C-Trent. Apparently Paul Lissard built a special splint for Billy that would keep his fingers from getting jammed, but Joe West threw it out of the game for being too long. After joking and saying "and brother, they was right!" in a Cleavon Little voice, they'll try again today.

I didn't know this, but Eric Davis is a Clippers fan and thought about going pro in basketball back in the day. He apparently is a compatriot of Donald Sterling, so John Erardi talked to Big Red. It's a good read and Davis hints at -- without being able to actually say -- what it's like to be a black star in a white-owned league. "I would say that it opened a wound."

And Sheldon? What's he got? Chapman says he'll need 4-5 rehab appearances before he's good to go. He also has this gooshy goodness "I was throwing more changeups and sliders. I was working more with them because I know I have my fastball. I've got the feeling of my fastball. I need to keep working with my breaking pitch." Also, shoes: 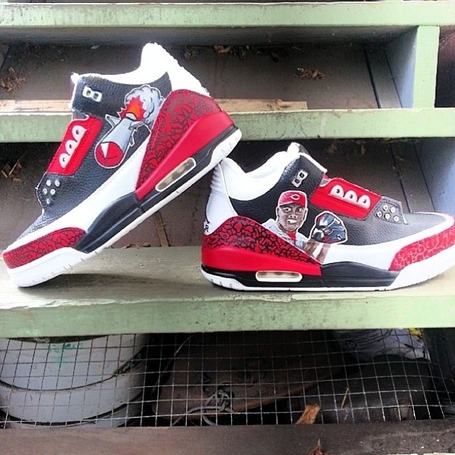 Also, Price has faith in Cozart and Skip Schumaker went 3-4 in his rehab stint. Cool beans.

Should the MLB think about a round of expansion? Jeff Zimmerman thinks so. Another couple of teams will dilute the pitching and bring scoring back up, since that's what happened in the 1990s, not steroids. I'm generally pro-expansion because I like baseball, and I'm always down for more baseball. I guess the locations looked at would be Portland, San Antonio/Austin, Charlotte? Always a fun conversation starter...

Brisbee does the "old-time baseball pictures" are funny thing, but does it with a smattering of Pete Rose where you'd least expect it! That will probably get the biggest laughs from this crowd, but I prefer emo Rollie Fingers over here: 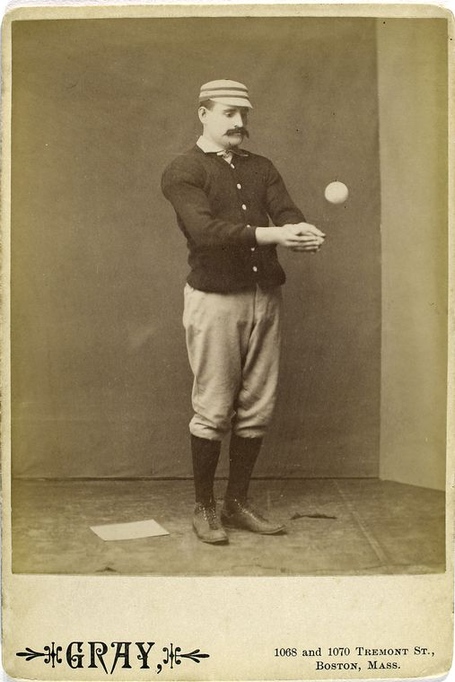 New Era is turning the clock back to 1993 with their sweet, overpriced, headgear! FWIW, I think every single team looks better then than they do now besides the Reds, Indians, and the Orioles.

Wait for Gray to leverage the marketplace and sell his old pinstriped cap, though.

If you're more of a late-90s guy, The Onion AV Club has the mixtape for you! You'll never listen to Modest Mouse's "Float On" the same way again!

Super-duper-fascinating article by Whet Moser on how Chicago and St. Louis became the competing baseball hegemons in the Midwest. The short answer is "radio, duh" but there's a lot of interesting stuff about railroads, weekend games, and different economic connections (corn and beef with Chicago, river traffic with St. Louis). It's a great and ams-y read, so check it out.

It makes me wonder, too. The Reds have obviously made a really strong new media push and have latched on to people with the #Whiff campaign (as annoying as that could be), and they have a really strong television presence. If we are to believe that this New Economy is truly new, then it's possible the Reds could be leveraging it into being tomorrow's dominant superpower. Interesting, huh?

Today is the day voting closes on naming the Cincinnati Zoo's new baby giraffe. I'll admit, I kinda like "NECKFACE" but I'm sure you can think of something more clever than that.

Gonna check out a Japanese League baseball game at some point? Be sure to brush up on your list of Japanese pseudo-Americanisms before you go.