This Week in JPEGs - Distractions with cowboys and pirates

Share All sharing options for: This Week in JPEGs - Distractions with cowboys and pirates

Last week's winner was Cueto's in the Cuetchen Cuekin' Something Good. It earned 71% of the vote and could very easily be a submission this week, as well. He dominated the Pirates once again this week, so it's like he's been the kitchen for a while. He must be making something in the crockpot.

This week we have a fresh batch for you, though none feature Cuetotes. On with it!

Andrew McCutchen is a dangerous man. In the four-game set this week in Pittsburgh, he hit .615/.722/1.308 with three homers. In 18 PAs in the series, he was on base 13 times. The scurvy dog is a bloodthirsty scalawag, but his high seas swashbuckling was ultimately grounded as the Reds took three of the four games. Still, he is a man to be feared. 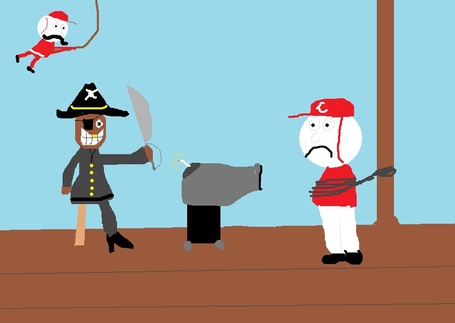 Brandon Phillips is Not on the Smiling Side of the Scoreboard

BeePer has hit in the three-spot in the lineup for the last 12 games. Since flipping with Joey Votto, Votto has hit like a maniac. BeePer though has ... well, he hasn't. He has managed a hitting line of just .235/.250/.255 with just one walk and one extra-base hit. I think the three-spot is a good place for him relative to the rest of the lineup, but as he is going right now the Reds would probably be better hitting the pitcher third. He'll snap out of it eventually, but for right now that memorable BP smile isn't so swaggin'. 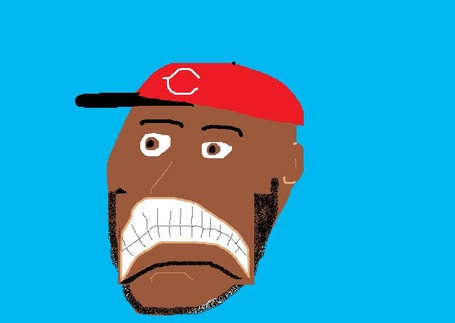 The Marshall's Back in Town

In a rough-and-tumble midwestern town, the bullpen was embattled and overworked. He had been away for some time, and the scoundrels and deadbeats had taken over the town. But then he came back. He sauntered into town with a badge and a sneer, vowing to clean up the bullpen and restore it to its former glory.

He is: THE MARSHALL (/rifle sounds) 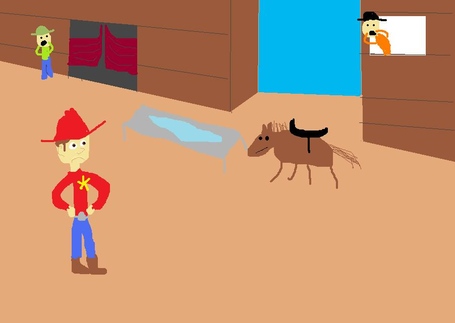