The Reds offense tried to pop a wheelie off a speed bump. It didn't work

Johnny Cueto's strike zone may not have been squeezed tonight.  It may not have been manipulated or motivated, beguiled or betrayed, but it did seem to float from side to side like an in-shape Ali.  That clearly irked the Reds' ace early, and while it cost him a walk-induced run early, he managed to dig in and give his team the kind of pitching performance they desperately needed following a 3-6 start.  Cueto yielded just 2 ER in his 7 IP tonight, and he struck out 6, walked 4, and allowed just 5 hits during his 119 pitch effort, and that was plenty worthy of tonight's JNMHSotG.  Cueto's now been a hard luck loser of 2 of his 3 starts (with a no-decision in the other), and he's doing his best to be this year's Brian Kenny posterboy.

Honorable Mentions are due to:  Joey Votto, who homered in the Bottom of the 9th for the Reds only run; Brandon Phillips, who a pair of hits; Devin Mesoraco, who doubled and walked to continue his hot start to the season; and Sam LeCure, who apparently is alive, well, and capable of tossing high-leverage shutout innings. 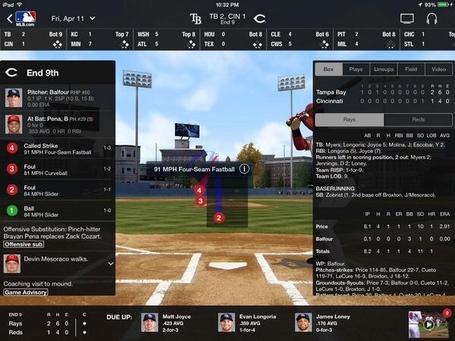