This week features JPEGs that I drew in MS Paint, just like every other week.

Share All sharing options for: This Week in JPEGs - Billy Hamilton is pretty much a cartoon character in real life

Last week's winner was Matt Adams vs. The Fans. I think this is a truly unique commentary on the nature of perspective and subjectivism, mostly because few others in the oeuvre have anything to do with trashcans.

The Reds were in St. Louis this week for a three-game set against the Cards. They dropped two of three, but that one win was really something to behold. Billy Hamilton was a case study in self-actualization, running like a maniac all game long. He opened the game with an easy triple, which was pretty much the most pedestrian thing he did all day. He stole two bases, bunted for a single, and tagged up on two very shallow pop-ups. This dude can run. 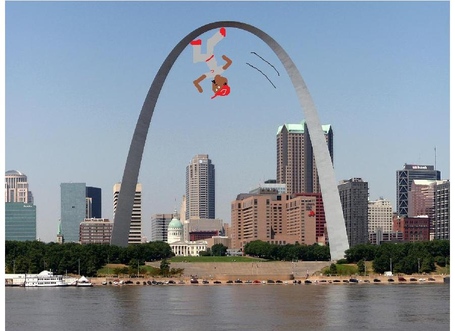 The Reds have played nine games so far and the struggles of the bullpen have been well-documented. It's clear that the absences of the likes of Aroldis Chapman, Sean Marshall, Jonathan Broxton, and Alfredo Simon (who has been pressed into rotation duty) have really taken a toll. Perhaps the most conspicuous absence though is that of Sam LeCure. He has appeared in only one game, tossing a clean 8th against the Mets. That's it. Nine games, the best half of the bullpen gone, and trusty old reliable Sam has been basically invisible. Maybe he's hurt too, but it doesn't seem like that is the case. Who knows. 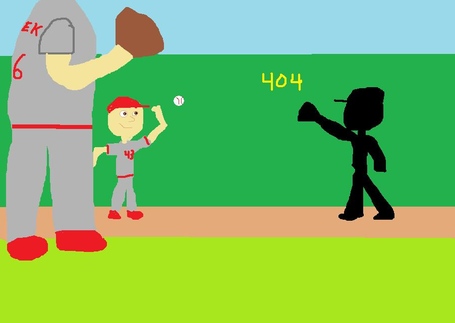 Joey and Nibbles and Pancakes! 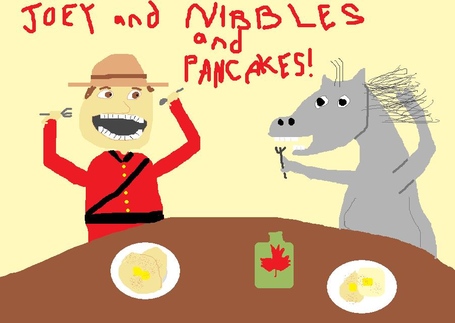