Freak out, and give in; it doesn't matter what you believe in.

Johnny Cueto was roughed up in his previous outing as the Kansas City Royals tagged him for six earned runs in just 2 and 2/3 innings pitched.  Fortunately, today was much better for the Reds' ace, as Cueto managed to shut down an Angels roster full of everyday regulars over four scoreless innings.  Cueto allowed just two hits while striking out two and walking nary an Angel, and looked as if he had some of his more dominant stuff in the process.  It's no secret that the Reds - as currently constructed - will be relying heavily on their starting pitching to carry them to a fourth postseason berth in five seasons, and Cueto's shoulders will be asked to bear a lot of that burden.  Ergo, it's good to see him improving as he's continually stretched out, and his performance today was certainly JNMHSotG worthy.

Honorable Mentions are due to:  Joey Votto, who walked twice; Chris Heisey, who had yet another extra-base hit (a double); Robert Stephenson, who tossed a clean inning from the bullpen; and Kris Negron & Rey Navarro, whose back to back doubles in the 8th inning accounted for the first Reds' run in two days (and the only one of the game). 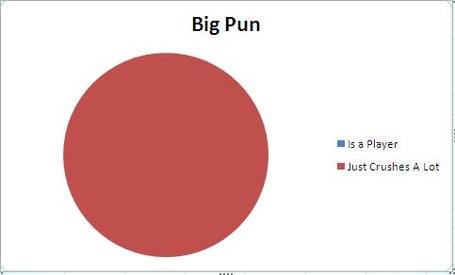