This Week in JPEGs Tournament: THE FINAL COUNTDOWN

Share All sharing options for: This Week in JPEGs Tournament: THE FINAL COUNTDOWN

So we are down to our last four entrants in this whole stupid thing. Instead of a straight-up semi-final and final set-up, I have decided (because I think it will be more fun) to have a vote for all four first, and then a run-off with the top two vote-getters after that. Basically, it hit me that it should have been this way from the very beginning and I could have saved myself a lot of work, but whatever. It's not like I signed Jonathan Broxton for three years or something like that.

Fellas, imagine wearing a t-shirt with this picture on it. All of the ladies will want to make whoopie with you! Because I'm pretty sure that's how this works.

Ladies, imagine wearing a t-shirt with this picture on it. All of the fellas will finally look you in the eyes! Because they will show you the respect you deserve. 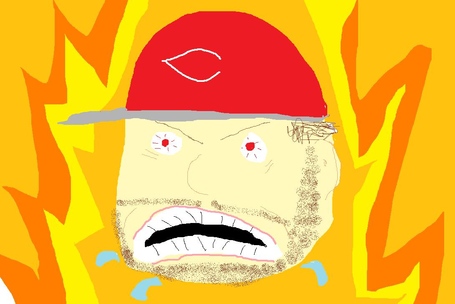 Two of the final four entrants are Billy Hamilton pictures. I think you guys must really like the way I draw him or something. 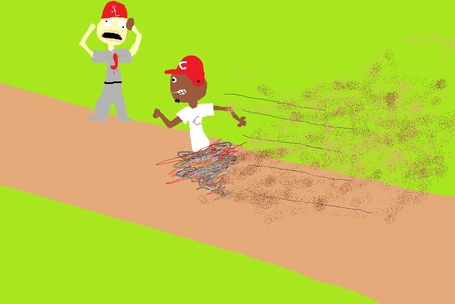 Every time I look at this one, this song plays in my head. I know it's a different super hero but shut up it's cool. 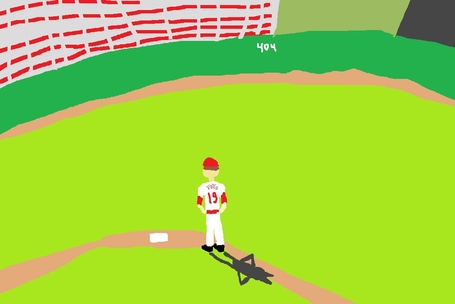 We find our hero, SPACEMAN SPEEDS, interplanetary base-stealer extraordinaire, hovering beyond the outer reaches of the Klermanerblise Nebula after catapulting himself into orbit by running up Tal's Hill in Houston. ZOUNDS!! He has been spotted by one of the dreaded toilet-beings of the planet Cardinallis! WILL THIS BE THE END!!?? 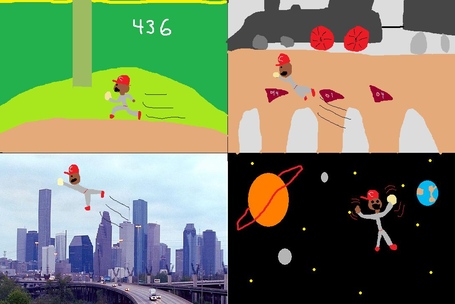