The Joe Nuxhall Memorial Honorary Star of the Offseason

There might not be a player in all of baseball being presented with an opportunity akin to the one offered to Billy Hamilton, and this offseason has surely been his.  He's being penciled in as the starting CF and leadoff man for a team coming off three postseason trips in four seasons.  He's being tasked with filling the choes of a guy good enough to warrant a 7 year, $130 contract from the Texas Rangers this offseason.  On a team that is getting increasingly older and more expensive - yet is still absolutely expected to be a contender - he's being touted as the single largest addition to a team coming off a 3rd place finish in the NL Central in 2013.  That's a lot to place on the lithe shoulders of a 23 year old with a .651 OPS in AAA and merely 22 career PAs at the big league level, but Walt Jocketty and the Reds front office has done just that.  Perhaps those shoulders aren't quite ready to bear that burden, but his otherworldly legs just might be up to the task.  That's some spotlight, kiddo, and well worthy of the JNMHSotO.

Honorable Mentions are due to:  Tony Cingrani, whose path to breaking Spring camp as a member of the starting rotation was cleared when Bronson Arroyo signed with Arizona; Devin Mesoraco, who will get the opportunity to be a "front-line" catcher in 2014; Ryan Ludwick, who appears to have the inside track on being the starting LF despite having a threadbare shoulder; and Bryan Price, who gets his first crack at being a big league manager.

Graph Section That Has Nothing to Do With Baseball 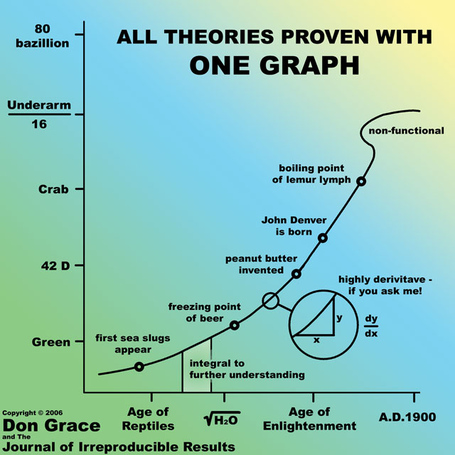