Get your voting pants on.

It's that time of year, where we, the loyal readers, click buttons on our laptops and argue about prospects. Are you ready? Starting next week, Weez and I will lead the Community Prospect Rankings vote to determine the top 25 prospects in the Reds organization. Before we do that, let's look back on last year's list. 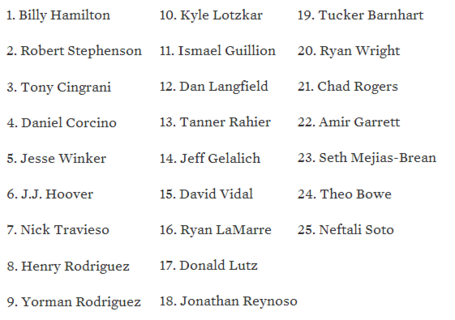 While the top two will likely remain the same, there are going to be a lot of changes with the rest of the list. Tony Cingrani and J.J. Hoover have graduated, and there are three players from the 2013 draft class that warrant consideration for the top 10. I also suspect that a few newcomers will pop up and some names on this list will fall out of the top 25.

Study up and get ready for suffrage.