Share All sharing options for: Red Reposter: It’s important to have benign misery.

The Reds are bringing back the 1999-2006 black hats, according to C. Trent. This is truly the dumbest, most retrograde, most obscene decision of the offseason (mostly because it's been the only decision of the offseason. "Hey, lets bring back the uniforms of the least competent uniforms in Reds history!" said somebody who should have been shot out of a cannon. Hopefully the Reds' pitching staff won't come with them.

Just to let you know, this uniform could have been brought back instead: 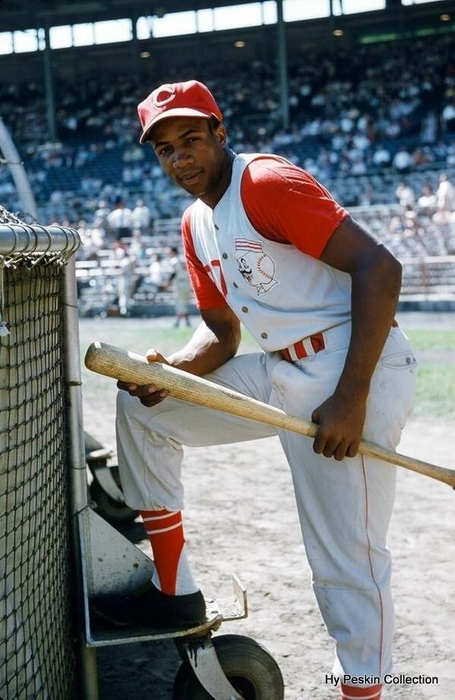 the finest muffins, of course, had the best perspective on hattitude:

@ctrent They see a red hat, and they want it painted black?

In other news, the Reds have two prospects on the Top 100 list; Robert Stephenson (19) and Billy Hamilton (37). Here is the full list, with more Pirates, Cardinals, and Cubs than you feel comfortable with. Mister Rosecrans (Roselegs?) notes that Hamilton has the best speed in the minors and Stephenson has the best...curveball? Yes sir, curveball. Stephenson is turning into that power fastball/curveball demon that we've always wanted. I get creepy Homery Bailey "dude needs a sinker" vibes off of this, but I haven't seen Bob Steve pitch. I haven't seen the Mona Lisa, either.

Jeff Pearlman has a really great interview with Chuck Culpepper up. Culpepper is one of those dudes who I like to read and hear a lot of great stuff about, but I never really knew why. This interview is why (the title of this post is from a quote of his on staying humble that I kinda want to get tattooed somewhere).

On the other side of brilliant writing is @bro_pair taking in the spirit of that fucking Grantland jackass:

It was well past noon sometime last spring and I was slumped in my chair in the Johnny Drama Conference Room, in the Grantland offices on Figueroa, across from the Staples Center. I hadn’t asked for those few extra hours of bleary consciousness, rubbing a few bumps of crushed-up Adderall on my gums and chasing it with Nyquil in the bathroom to keep the Sickness down, but I did try to do something useful with them. You’re battling insomnia and headaches and a lot of other things looking at your co-workers, all jammed in the room and seated around you. I don't remember their faces. We were all white guys. The room looked like a jar of tongue depressors.