This Week in JPEGs Tournament: Match 14

Share All sharing options for: This Week in JPEGs Tournament: Match 14

Ahhh, violence. There is less of it in today's baseball than the baseball of yesteryear, which is both good and bad. MLB actually just revised the rule about home plate collisions, which is a good thing. The cerebral, intelligent, sensitive, and humane side of me knows the safety of players is something of which we can so easily lose sight. The consequences can be devastating. It's too easy for us to diminish the humanity of the players and begin to see them as objects of entertainment.

Then Devin Mesoraco boulders down the first base line and pancakes Juan Francisco. And I get a great JPEG idea out of it, so maybe it's not all bad. 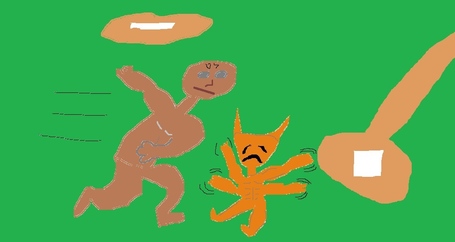 You know, I was actually really surprised that this one won its first round match up. It was pitted against the Nick Swisher JPEG that kinda inspired this whole disaster. I guess my sentimentality got in the way of actual democracy, which is so typical socialist of me. Either way, Reds Sweep Up Dodgers won the day running away and is now right here in Round 2. Maybe because the fella in the picture looks like Mo Egger Mo is using his massive local celebrity to turn out the vote in his favor. We'll see how this one turns out. 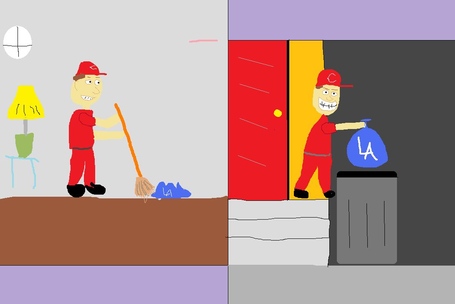