Last weekend, I made a trip out into the mountains to check out Coors Field and watch the Reds play the Rockies in Denver. After some quality mountain time with the lady and I last Thursday, on Friday night we headed down to the ballpark. We met up there with Denver native and all around cool dude Kevin Mitchell is Batman, and coincidentally longtime RRs Farney and Ash were in town so they joined us as well. 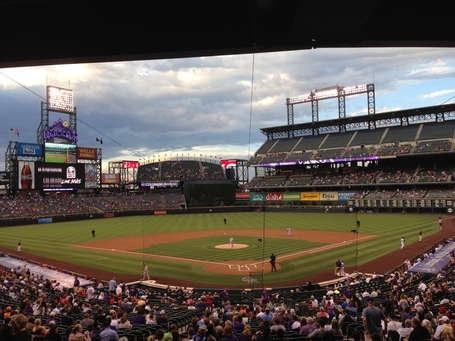 It's an older park than we're used to at GABP, and oddly enough, is the third oldest NL park. You can tell that the scoreboard's a bit dated (to the point where it kind of reminded me of going to a Bats game), but there really isn't a bad view in the place. 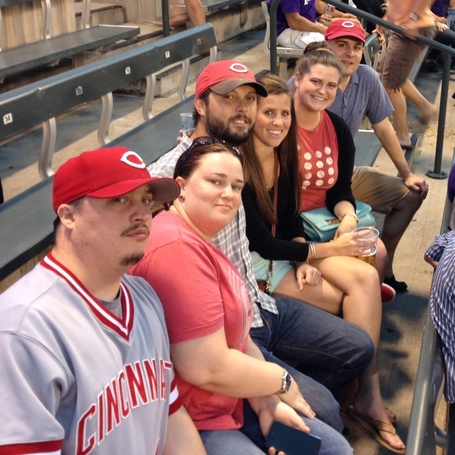 Here's us enjoying our bleacher seats in LF.

On Saturday night, it ended up just being Lady BK and myself, as everyone else chickened out was too hung over opted not to show up. We decided to go down the 3B line for this one.

Here's where it gets interesting. It's been well-documented here that Chris Welsh is a major fan of RR. Well, he found out that I was at the game, and invited us up to the booth to hang out. 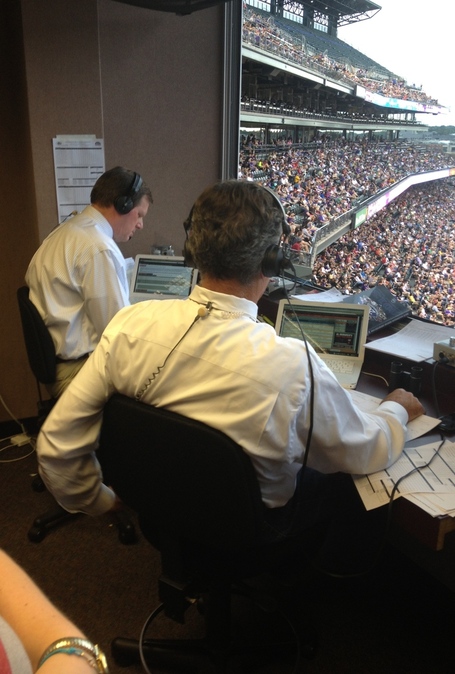 Yep, Welsh and Kelch in the flesh.

Wait, what's that on Welsh's laptop? 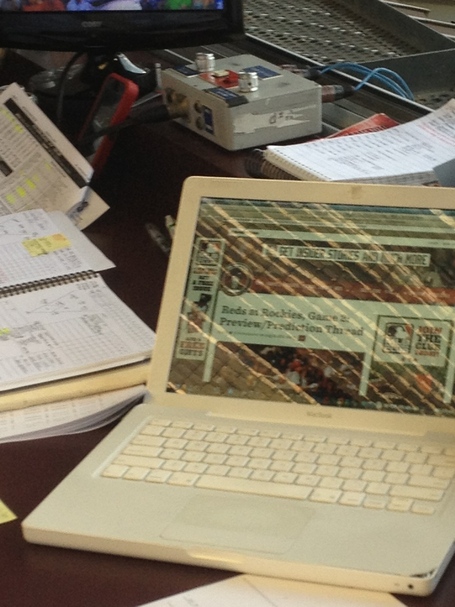 YEP. Chris Welsh had RR open on his laptop in the middle of the game. 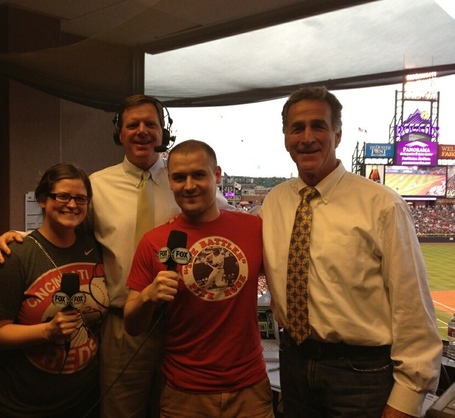 We got to talk to him and Kelch (he is very tall) for a bit, and got a carefully staged photo op with the Fox Sports OH microphones.

I can't thank Chris enough for the opportunity, and for being a fan of our site. Turns out he mentioned it during the game that night (as he's done a few times in the past), and we're always very grateful for the promotion. 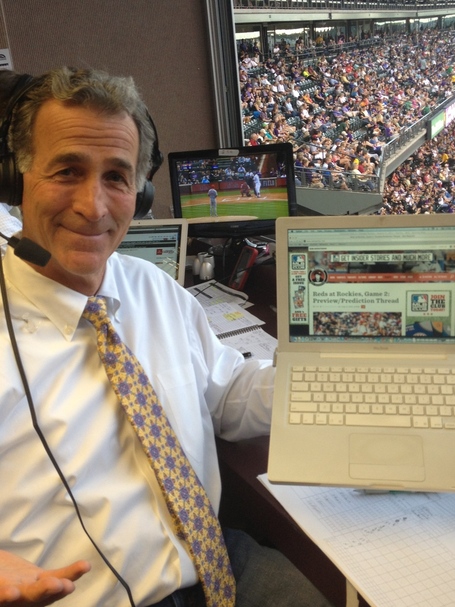