The sun rises in the east, giving sustenance to plants and tanning the bronzed bodies of our most beautiful Losantonians. And there's still some people whining about rainy days and Daylight Savings.

Share All sharing options for: Joey Votto Will Keep This Whole Damn City Afloat if He Has To

Cincinnati was built on the backs of people escaping sectarian violence in now-Germany, then-basically-Iraq and racial violence in now-The South, then-basically-The South in the 19th century. It is not a pretty story, and those watercolors and tinotypes tell lies. Getting a couple hundred thousand people into a marshland involves complex systems of debt, ethnic cleansing, 16-hour work days, and sundry unpleasantries to build a shining Western Rome. In a lot of ways, it's charming that Proctor & Gamble is the major player in town. Those 1880s soap factories reeked of wood ash, pork fat, and lye in order to sell people a way to escape those smells and get them out of their (knowing the Bavarian-types who settled, men and women alike) thatches of chest hair. It's important to sell the glam in order that we forget the grit that got us there. 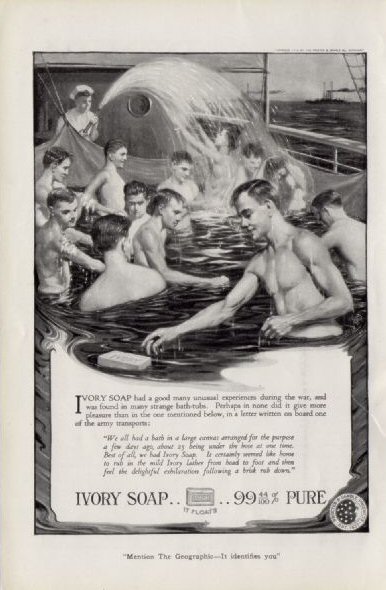 PICTURED: Why it's important to have soap that floats

This is hardly an historical phenomenon either. Plenty of people put up with exceeding amounts of bullshit to make life pleasant for us jerkwads. Most of them are from historically put-upon classes with too-dark skin, too-strange accents, or too-poor backgrounds. One of them plays first base for the Cincinnati Reds.

I know, I know, it's silly to feel bad for a guy with a $250 million contract, an awesome dog, and a killer smile. But it's silly to care about sports in general when there are so many awful things out there in the world, so seriously, let's punt that caveat like its 4th-and-17. The Cincinnati baseball club has a goddam John Henry (Big Joe Mufferaw?) who makes this whole thing tick and there are people have no clue what to do about it.

The actual argument is so simple it's less of an argument than a daily affirmation. Joey Votto has gotten on base better than anyone else in the National League for four years running. Joey Votto has hit better in "clutch" situations. Joey Votto makes the team better by taking pitches and grinding through pitchers, and he makes that his explicit goal.Joey Votto has led the team in WAR in every year since 2009, and if you don't believe in WAR, you have to give me a good reason why not.

Joey Votto does every single little thing and pays more attention to what he is doing than anyone I've noticed in any field. His closest comps in baseball, in this regard, are basically Vin Scully and The Guy Who Makes The Schedule.

This is the most interesting Reds team I can remember because it is not the best Reds team I can remember. They've had to deal with adversity in terms of injuries that they really didn't last year. They've had to deal with a half of their lineup doing Zach Cozart impersonations of various qualities at the plate. And they've still been chugging along at 90 wins and a postseason berth.

This is because of Joey Votto. This is, again, not an argument, but a scientific statement. I mean sure, there's a whole lot of help from other wonderful sources, but Joey Votto is the reason for the Reds success much like the sun is the reason for our planet's success. Replacing Mr. Votto with another first-baseman like oh, just picking names here, Yonder Alonso, and you have at best the Washington Nationals. At best, the Washington Nationals will be able to pick up an HD feed of the playoffs.

"Oh," my article's strawman says, "but I don't like the way that Joey Votto is successful. He should drive the ball and be aggressive and not let the pitcher off the hook." To which I can only respond...have you seen Joey Votto's at bats? 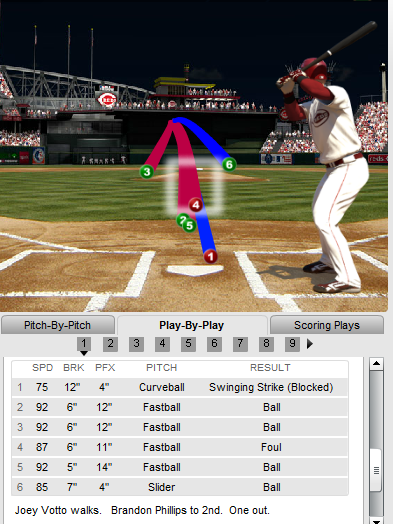 There's nothing else out there for a fella besides grounding to second base.

The Reds want to sell glamour and the lowest rungs of the media types want to sell snake oil. They've latched on to RBIs for a while as the glamour stat, but that strangely went away once Jay Bruce took the team lead (Mr. Bruce, by the way, is having by far his finest season as a Red and it's nice to see. You'll get an article soon enough, sir). I get why the Reds want to sell the fine-threaded froofery. After all, only shitty teams like the White Sox or Twins extol a "lunch pail" ethic. But it is strange to see the crew who usually pander to a mystical, Thomas Kinkadian, sepia form of blue collar try their hardest to ignore the person who is far-and-away the hardest worker on this team.

Women and men like Joey Votto built this city. Women and men died making this city, women and men came to this city when it was a marshy pit of sin and injury because even that was better than the lynch mobs back where they were born. I don't think Joey Votto had to deal with lynch mobs up in Toronto, but anyways, you get where I'm going with this.

Joey Votto woke up today to go to work, and he'll be doing the same thing tomorrow, and the day after that. Joey Votto will squeeze every last bit out of every plate appearance for the next decade wearing #19. He will not be able to reshape this town in his image or anything as stentorian as that, but he'll be able, hopefully, to make little bits and pieces his. He's given so much to make our summers worthwhile, the least we could do in return is not treat him like so many 19th century refugees and actually give the man the handshake and the respect that he deserves. Let Bob Castellini worry about the checks, I'm just here to smile.

Wins don't come easy (Cubs not withstanding) and RBIs only happen because a person - not God, not privilege - put them there. Joey Votto is the straw that stirs the drink, the miner who heaves the coal, the underemployed recent-graduate who writes long essays that hopefully come to a point by the end of them or maybe that's just projecting. But anyways. I'm excited to tell my kids that the hardest-working sumbitch in baseball wore red and ground pitchers into dust. I'm not going to remember who led the team in RBIs.