The Reds' most memorable September callup

Share All sharing options for: The Reds' most memorable September callup

This is the first of a running series that we're starting to do at SBN Baseball, and the question posed to me (and the other excellent sites) was this:

"What was your team's most memorable September callup?"

Now, I could have fired up the way-back machine and stepped back into the 1890's to find somebody, but frankly, I don't remember what happened in the 1890's. Apparently, I don't have a very extensive memory, because my choice for this goes allllll the way back to 2010, when Aroldis Chapman made his debut. 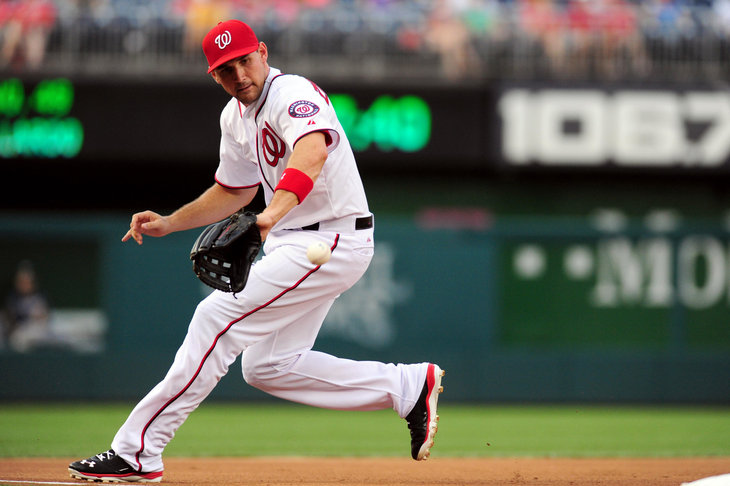 September callups are often the last hope a team offers to its fans after a long season. Here's how our network of sites responded when we asked, "Who was your team's most memorable September callup?"

Technically, Chapman pitched his first big league game on August 31, but this is close enough.

Let's set the scene a bit, here. Chapman signed in the offseason before the 2010 season, and was the talk of the Reds all the way through. The Reds decided to start him in AAA, where he pitched as a starter. Part of this decision hinged on the fact that he was a 22-year-old kid who was trying to get used to life in the US, and part of it probably had to do with that he was wild as hell on the mound, with a BB/9 ratio of almost 5.

He started 13 games for the Bats that year, before Walt Jocketty set the wheels in motion of his master plan. 2010 was the first year in many that the Reds ended up in contention for a division title (and winning it), but had plenty of starting pitching, with Bronson Arroyo, Johnny Cueto, Aaron Harang, and Homer Bailey firmly entrenched in the rotation. Add to that Edinson Volquez coming back from injury, and the #5 starter role held by rookies Mike Leake and Travis Wood, and you had a pretty crowded rotation. If you're trying to make a deep playoff run, and you have a lefty who throws triple digits, it's probably in your best interests to find a place for that guy.

His debut was a storied one in Cincinnati. I remember the media hype surrounding it, and for a weeknight against the Brewers, it was unusually crowded for that one. He came in to a standing ovation from a crowd who knew full well the magnitude of the occasion they were witnessing.

Pitch one to Jonathan Lucroy... strike, 98. He's still getting loose.

Pitch two? That devastating slider we were told so much about.

His third pitch was his first of many which reached triple digits. 102, off the plate, fouled off.

Pitch four was that slider again, and Lucroy had no chance at it. The fastball may be the pitch that Chapman's known for, but Reds fans know that the slider is where he makes his money. You can't hit 86 when you're looking for 106.

Two pitches and Craig Counsell knocks a grounder to third. Pinch hitter Carlos Gomez has the same misfortune, and the Reds are out of the inning. 8 pitches, no chance.

He'd go on to have his highs and lows that year, actually showing his humanity in a loss to the Astros in Houston, and his outing in San Diego, where he threw 25 straight fastballs, one hitting 106 on the gun, which is the current MLB record. The Reds didn't fare the best that year in the playoffs, obviously, but the legend was born.