An Interview with Carson Cistulli of NotGraphs, Italian Extraction

A brief dialogue on why we enjoy baseball, the utility of statistical study, and Tony Cingrani. I assure you that Daniil Kharms will not show up.

Share All sharing options for: An Interview with Carson Cistulli of NotGraphs, Italian Extraction

Carson Cistulli is weird. Carson Cistulli is wonderful. I like him a lot as a writer because he is completely okay with enjoying baseball. He doesn't try to wring his hands about how frustrating players are and how much disappointment is involved. He writes about the strange, great things that happen in every baseball game and the narrative arc of a season. He is probably the greatest influence on me as a baseball writer outside of the friendly confines of Red Reporter. It is nice to read a guy getting into the depths of baseball as a sport and a lifestyle and actually seeming to enjoy the activity. I like him a lot.

Mr. Cistulli writes for NotGraphs, which is a great little website and part of FanGraphs. He also writes elsewhere on the internet. I literally just finished his "Six Avant-Garde Plays Featuring Corey Kluber" during my commute this morning and was chuckling REALLY HARD the entire time, so if you want to read The Classical The Magazine, you should totally check that out. But until then, please read this friendly little interview I did with him. It will be worth your time.

Cy Schourek: What is the role of NotGraphs? Is it to be explicitly non-mathematic? To be humorous? Or to be deliberately old-timey in tone while expounding on the modern game? What are your goals as chief of that site?

Carson Cistulli: In his announcement regarding the launch of NotGraphs, site founder and freelance ubermensch David Appelman suggested that NotGraphs would be a "place to put things that would otherwise not have a place on FanGraphs, that we find interesting and we think you would also find interesting."

That's still accurate, I'd say, but there's certainly some question of who precisely the you in that sentence might be. The fabulously wealthy and educated, is my hope, of course. I have no strict ideas about what should appear in the pages of NotGraphs, except that all content ought to reveal an author working at the top of his or her intelligence.

I have made a point of hiring contributors who are more likely to self-identify as writers than analysts, say. No fewer than three of our authors hold MFAs in creative writing. It is certainly not the case that all MFAs are good writers. Definitely not. But that sort of person is more likely to create content out of nothing. And also more likely to accept almost zero dollars in return for his or her efforts.

CS: NERD, your hometown-stat, is a bit of a strange bird in the the platypus of statistical fauna. Is it created to be descriptive or projective? What do you think of adding a "Personality" element to give a bonus to charismatic teams and pitchers? Do you hear a lot of criticism from fans saying that you have underestimated their team's enjoyability?

CC: NERD started, really -- and still serves, primarily -- as a means for me to identify what game(s) I ought to watch on a particular day. While I'm from New Hampshire and grew up a Red Sox fan, I was emancipated from that obligation after they won the World Series in 2004. I found the team less compelling afterwards -- for a number of reasons, probably -- and found that I was interested in the game more generally.

Identifying the criteria for NERD involved, I guess, sort of reverse-engineering my own tastes and also those of friends and readers, etc. "I like this pitcher," I'd say, and then attempt to isolate what about his was particularly pleasant. Obviously, certain qualities defy measurement; however, the numbers -- like xFIP relative to ERA, for example, or average fastball velocity or swinging-strike rate -- can be helpful. I find that readers are most likely to comment upon those instances in which a low NERD score accurately reflects a team or pitcher. Like, there've been a couple of White Sox-Twins games so far this season that were rated pretty poorly by NERD. A number of readers were like, "Yes."

CS: You have a distinct style of writing. Sort of a self-abnegating Grantland Rice thing that's been adopted by a lot of the other NotGraphs writers. Is this a house style? Is there a balance that you and FanGraphs try to strike with your different aspects of the site (including RotoGraphs and Community) in trying to be welcoming and edifying, using different writers' skills in that regard?

CC: Always, when writing, I'm attempting to amuse myself. My assumption is that (a) I'm not that special and so (b) at least one or two people will share my tastes. A number won't -- which, that's entirely fine. I mean, I would prefer to be universally beloved, but I've come to understand, begrudgingly, that this isn't about to happen.

So far as style is concerned, it's my ambition to write like those authors whose work most amuses me. Consequently, for NotGraphs, my posts will (poorly) approximate a combination of GK Chesterton, Jerome K Jerome, and PG Wodehouse.

CS: There's been some friction over at SBN since last year's overhaul, where there's been a concern on how to balance site stats and pageviews with producing high-quality content. How does NotGraphs deal with these pressures? FanGraphs - even post-overhaul - is a pretty low-fi site. Do you feel obligated to mix up gifs and tweets with more work-intensive exposition? Or is there a relatively natural order to things?

CC: I abhor work. Abhor it. Even if a post requires more time or exposition, as you suggest, I'd prefer that it's breezy. Generally, though, I prefer brevity -- not for the sake of generating page views -- many pieces at NotGraphs don't -- but because my favorite writing is generally brief and terse and insouciant. Reading is difficult. There's no need to make it moreso. Basically, I write most everything such that it might resemble a comment overheard at a cocktail party -- or, at least, what I imagine a cocktail party to be.

CS: Where do you see the role of exposition and narrative in writing about baseball? The statistical side of FanGraphs gives the infrastructure to tell a story, and it seems to an outside observer that NotGraphs provides the skin for it; showing the odd bits of beauty and ugliness that make up a season or a career. Do you think the forest of narrative is lost in the trees of gifs, tweets, and pageviews? Or are you able to use those to create something larger and more beautiful?

CC: Perhaps I've answered this in part above. What I'd say add is, is a reader is ultimately capable of crafting his own experience. If he finds himself reading tweets and following links to slideshows, those are choices he's making. To say, "There are too many GIFs and lists, etc." is really to say, "I'm following links to GIFs and lists, etc., more often that I'd like to."

Speaking personally, I will absolutely read a post called "21 Hottest Tennis Babes." Not every post called that, of course. But sometimes? Yes, absolutely. Sometimes I want to see the 21 hottest tennis babes. But I'm also mostly aware that a post of that nature oughtn't be mistaken for literature, which is also available widely.

CS: To finally get to the Reds-focused stuff: Tony Cingrani, eh? Both you and Grant Brisbee have fallen for him hard. What's your excuse?

CC: Your readers should know, first of all, that I've been really abysmal about responding to you in a timely fashion -- and that is because I'm an idiot and moron. But what's happened in the meantime, actually, is I interviewed Tony Cingrani at Miller Park, which was exciting for me.

Like Cleveland's Danny Salazar this season, Cingrani possessed last season the three elements that make for the most compelling sort of prospect, in that (a) he recorded excellent numbers, (b) he possessed the arm speed to suggest that those numbers weren't merely a product of deception, and (c) he entered the season absent from most, if not all, notable prospect lists. Beyond that, there was/still is the repertoire, or lack thereof. He's been successful in an unusual way, by leaning real hard on his fastball.

Any players whose process is both unusual and successful -- that it invites further interest and investigation.

CS: To me, there's a sort of ideal encapsulated by Cinnerman. He's too young to know he's supposed to be afraid of some of these hitters; he throws the ball like he's trying to get people to quit baseball. There's something almost literary about watching him grow up.

Is that it, or is it just the Italian thing?

CC: Unfortunately, Cingrani isn't as Italian as I'd hoped -- or, he doesn't identify very strongly as an Italian. It seems like this mother's side, which is Irish, has actually exerted more influence on him in that way. That will absolutely not deter me, however, from promoting as Italian-America's next great pitcher.

CS: Do you have any other baseball crushes in the Reds system? We know you used to love Juan Francisco. Anyone else come to mind?

CC: In the Reds system? At the moment? One player that seems to have absolutely disappeared, but who used to receive excellent marks defensively from the CHONE projection system when that was still a thing, was/is third baseman Marquez Smith. He's 28 now, and has played the greatest portion of the season this year [for Bakersfield] in the Cal League, which one is unlikely to classify as a "ringing endorsement." Like I say, though, he was receiving excellent defensive marks and also hitting home runs in 2008 and '09.

CS: Are there any players that you find yourself just checking the stats for before going to bed? Like even though you know them you want to check them out as a bedtime story?

CC: It's not precisely the same thing, but I do make pretty extensive use of the player tracker at First Inning. All the prospects who've appeared in my Fringe Five column at least once at the site are in my player tracker at First Inning. I will generally inspect that at night before I go to bed, or actually in bed. Until my wife is like, "You're an idiot. Go to sleep." Her counsel is wise on both accounts.

So that was our interview, and I hope you enjoyed it. Please leave comments below! Also, I am a liar. 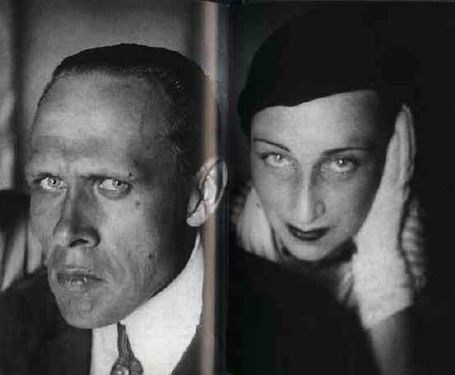 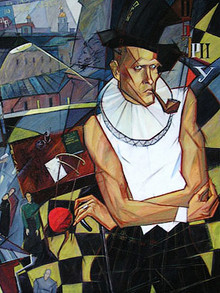