The five best pictures of the opening series

Share All sharing options for: The five best pictures of the opening series

As some of you may know, I was representing Red Reporter this week, on assignment covering the Reds' opening series. It was some great baseball, what with three close and thrilling games. And I had a front-row seat for the whole thing. I was able to take a number of pictures of my experience. Here are the five best. 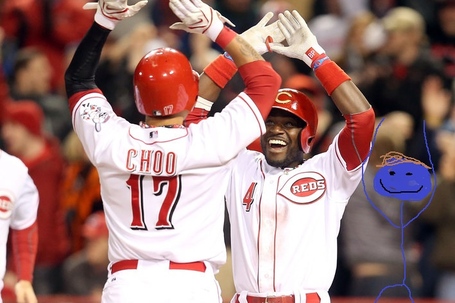 This was a great moment. Votto had just poked a single past Albert Pujols and Choo came home to score the winning run. BP was on deck and so was right there to greet him when he scored. It was really awesome for me to be so close to the action. 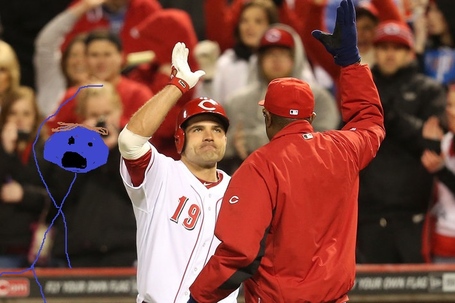 Man, those big fellas can really slap hands hard! My palm is still sore! And I had no idea how loud the stadium can get when you are right there on the field. It's like it's a big bowl or something and all the noise from the crowd rolls down onto the field. So cool.

3. Laughing it up with Walt and Dusty 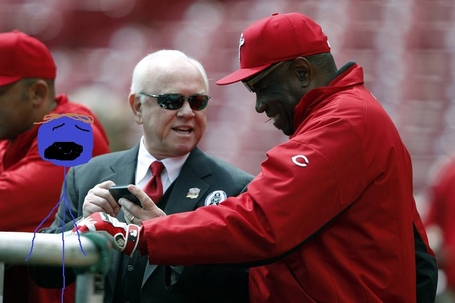 I can't remember the particular joke he was telling when this picture was taken, but Walt is a really funny guy. He had Dusty and me busting up the whole time! And his delivery is impeccable. He's a pretty soft-spoken kinda guy, and he can deadpan like few others. 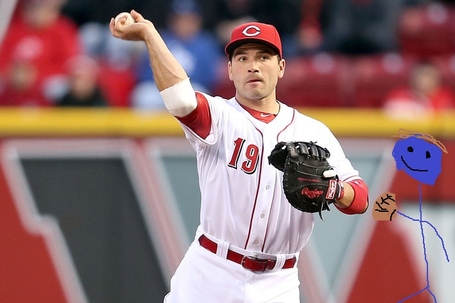 This was a dream come true. I know this happened. I mean, I was there. And I'm sitting here looking at the picture. But I still don't believe that it happened. 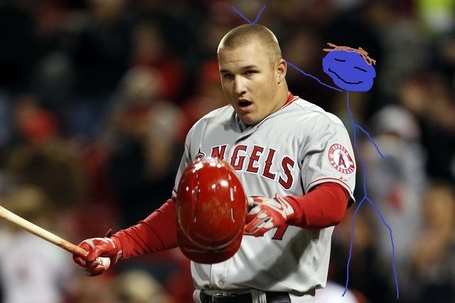 He's a good kid. When he noticed what I was doing, he rubbed his head really fast and made silly noises like Curly from the Three Stooges.