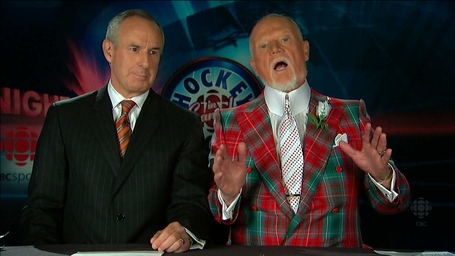 Don Cherry: Now before you all start barking, I’ll get to the trade. I’ll get to the trade. I’LL GET TO IT! But for right now I want to talk aboot R.A. I want to say that he is a great pick up and, and, and a wonderful example of perseverance. AND GRIT!! Here’s a guy that spent a bulk of his career bouncing around the minors in places like Tulsa and Tacoma and Frisco, Texas and then, THEN, he finds his way, he changes his approach and what do you know he’s the Cy Young winner! THE CY YOUNG!!! Not quite a Vezina Trophy but still good. And now he’s here! Right in Toronto to wow us with his gutsy exploits.

Ron MacLean: I take it you li …

MacLean: I agree, he’s a good move by the front of… 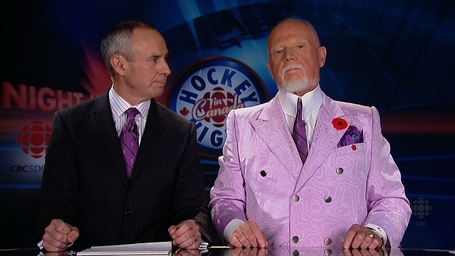 MacLean: So moving on, we have the trade.

Cherry: I’LL GET TO THE TRADE!! CALM DOWN, ALL OF YA! Calm down Moosejaw and Yellowknife and Hamilton. I want to talk aboot the disparaging news regarding Brett Lawrie; Langley, British Colombia’s own, Brett Lawrie. The poor guy, he’s getting ready to represent this great land. THE BEST COUNTRY IN THE WORLD for the World Baseball Classic and he hurts his ribs against the Reds in an exhibition tune-up down in Arizona. What a shame. Ya know, this is a SHAME! Look, he’ll be fine for opening day and he’ll be at third for the Jays and that’s wonderful and all, but to not be able to represent this country in your chosen sport has got to be devastating. And he’s such a good young player too. It hurts me inside. IT HURTS! 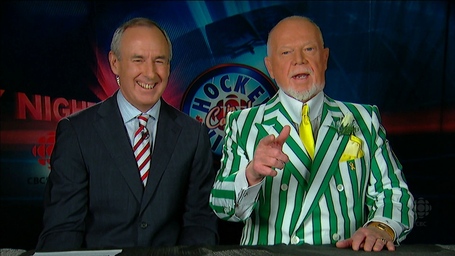 MacLean: Yes, it’s quite a shame but we should be ..

Cherry: Brett, get better soon. And you root on that team. Show that Canada is the best country in the world. SHOW THEM!! And please get back healthy for opening day so we can keep Edwin from having to play defense. I say, LET HIM HIT BUT LEAVE THE GLOVE ON THE BENCH!!

(Cherry looks at MacLean) There, I’m done with what I wanted to talk about. Now we’ll move on to the trade. 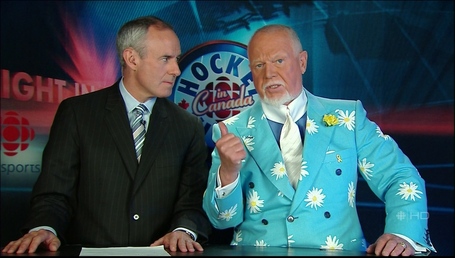 Cherry: LOOK! I know the trade is a big deal. I know it puts the Blue Jays back in the front of the pack to win the division. AND THEY CAN!! There is no doubt the rotation is stronger. You add Josh Johnson and Mark Buerhle to Brandon Morrow and the addition of Dickey and this staff is great! GREAT!! And Ricky Romero was an All-Star two seasons ago. This is a great rotation. The trade does gangbusters here. You also get Jose Reyes in the deal to lead off and Emilio Bonifacio to play second and you have improved your lineup and your defence.

But you know what the biggest improvement is? Do ya? Eh?

Cherry: NO! No one cares about your stats. They care that there are no more pinkos on the team. 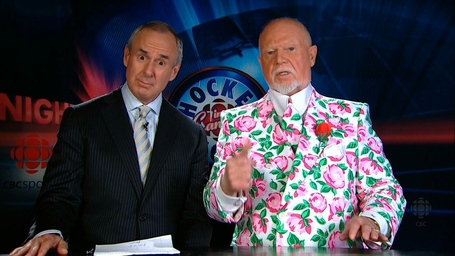 MacLean: Well what about J.P. Arencibia? What about the Jays’ catcher?

Cherry: What about him?

Cherry: NOW HOLD ON! ARENCIBIA WAS BORN IN MIAMI! HE’S AN AMERICAN! HE’S A CLASS GUY! YOU LEAVE HIM OUT OF THIS! HE WENT TO SCHOOL AT MIAMI, FLORIDA! HE PLAYED COLLEGE BALL! HE’S ALL-AMERICAN! HIS PARENTS CAME TO THE STATES, AND YES THEY’RE CUBAN, BUT HE’S NOT! HE IS NOT A PINKO!! 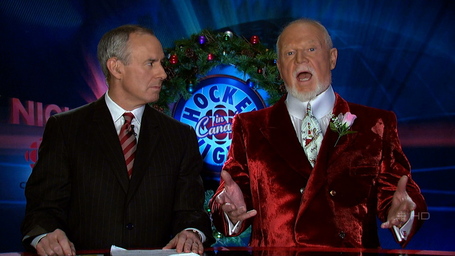 MacLean: (Looking gobsmacked) Got anything else?

Cherry: Now I want you kids watching at home to pay close attention to Adam Lind this season. Quality player there. Not the most talented guy but he’ll work hard and give you solid defence and can hit a little. He’s a grinder and he represents how you should play the game. YOU PLAY IT RIGHT! LIKE ADAM LIND!!

MacLean: What do you think of the outfield? 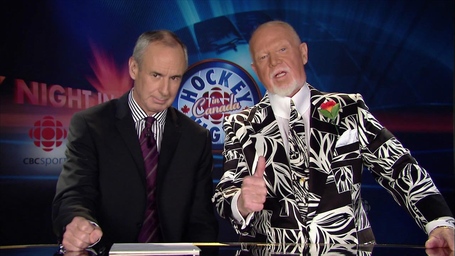 Cherry: What is there to think, eh? Bautista is great, Colby Rasmus has a ton of heart and is a solid man. But then we sign a cheater. A CHEATER!!! This is the one move this offseason I don’t understand. I DON’T GET IT! DO YOU HEAR ME WHITEHORSE?!? I don’t get why you add a CHEATER LIKE MELKY CABRERA!! HE’S A CHEAT AND A CROCK AND A HOSER!! IF I SEE HIM I’LL TELL HIM MYSELF!! THERE’S NO ROOM FOR SUCH A PERSON ON THE BLUE JAYS!! NONE!! NEVER!!! HE DOESN’T PLAY THE GAME THE RIGHT WAY!!! MEANWHILE RAJAI DAVIS IS OVER ON THE BENCH!! A GOOD MAN THAT DOES THE RIGHT THINGS AND WE’VE GOT THIS CHEATER RUNNING AROUND MAKING $16 MILLION OVER TWO YEARS AND, AND, AND RAJAI’S ON THE BENCH!! IT’S A JOKE!!

MacLean: Alright we’re running out of time and you’re obviously worked up. 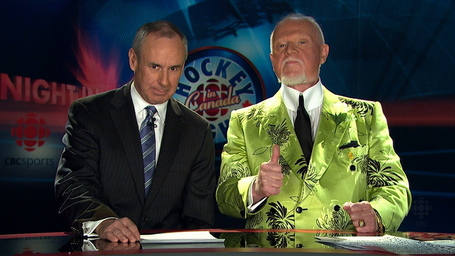 MacLean: Anyway, what are your thoughts on the bullpen?

Cherry: Sergio Santos and Casey Janssen will be great at the end of the game. Throw in guys like Darren Oliver and Steve Delabar for depth and you’re square!

MacLean: Alright, I think that’s all the time we have for this edition of Coach’s Corner. Any last words? 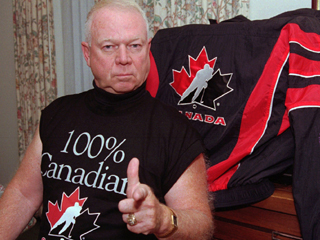 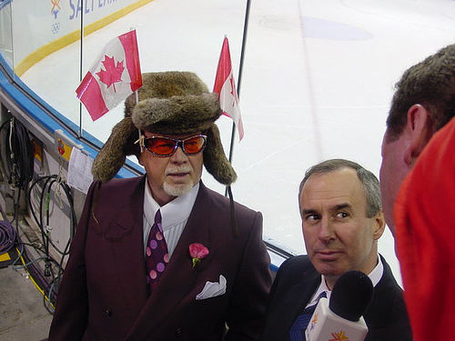 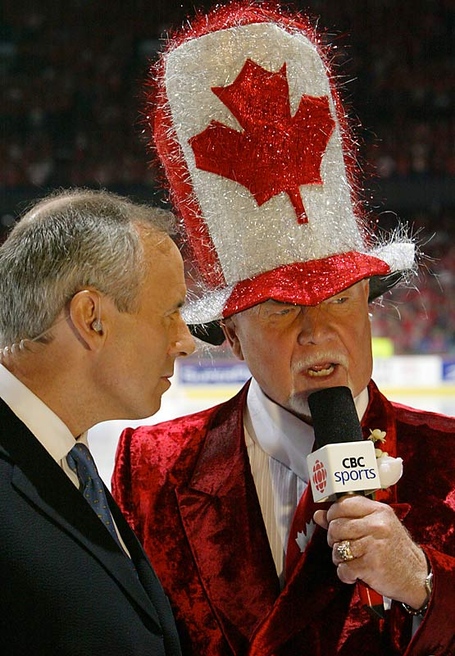