Choo is back today, though only at the plate, as he'll take the DH duties to start the game. Choo is not playing, after all. He was a late scratch, presumably still dealing with some quad soreness. Hopefully this is the Reds being overly cautious, rather than a significant problem. Votto is off to camp Canadia, which means his knee must be feeling good. El Beeparino is nearby, practicing with Team USA at one of the other fields at the Salt River complex.

Cueto will take the mound for the second time this spring, after giving up 4 runs (2 earned) in 2 innings in his last appearance. 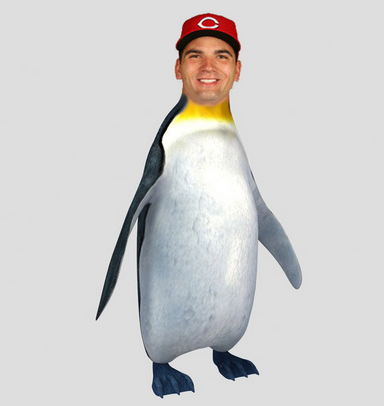