Share All sharing options for: The Red Report: Jose Arredondo

Currently under contract for 2013 at $1.3 million. He is the 4th-highest paid reliever on the team, behind Marshall, Broxton, and Masset. For 2013, Arredondo will actually make more than Ryan Ludwick; Jocketty loves those back-loaded contracts.

Via The Baseball Cube:

As you can see here, these are numbers that represent things. Actually, I don't know how TBC can credit Arredondo with above-average control, considering that his BB/9 has been above 5 each of the last two years, which is downright Marmolian in its terribleness. For his career it is only a slightly better 4.5. Having a good efficiency score with those walks, and with pitching less than an inning per appearance since joining the Reds is also interesting. So there you have it -- no wonder scouts vs. stats is a thing.

As you can see here, the fans are their typical optimistic selves, believing Arredondo's walk rate will destroy anything he has done since his rookie season 6 seasons ago. Ah, to be a fan. Actually, they (we?) think he's going to kick ass in everything compared to those projection systems that follow formulas and other such nonsense. 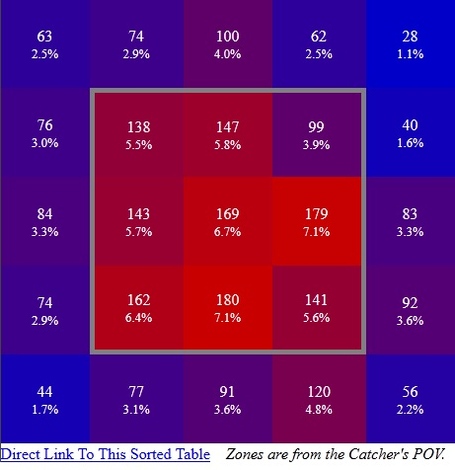