In what will most likely only be comparable to the Heidi Bowl to future generations, The Learning Channel TLC has decided to indefinitely suspend the showing of the final two episodes of Pete Rose’s "Hits and Mrs." (bringing Rose's indefinite suspension count to two). TLC proclaims that the grounds for delaying the final two episodes is rooted in the belief that they will likely obtain a larger audience if presented during baseball season (read: we're burying this thing after sweeps week, when their competition will be a re-airing of the 2009 season of Project Runway and the NHL). The reports are that in lieu of concentrating on television work (as a permanent color test, we presume), Pete will be devoting his efforts to getting reinstated to baseball. Spoiler alert: the protagonist in that sideshow will die before the series finale.

Tuesday: Rolen On a River

Now that the Reds have pretty much taken care of all the issues facing their lineup at the end of the 2012 season, the 2013 portion of the 2012-2013 offseason has been defined by a "will he or won’t he" storyline involving Scott Rolen and his possible return to the Reds. After all, intrigue fills column inches, folks! Frankly, we here at RIWIAW are reaching the point of "meh" when it comes to Scott Rolen and the Reds. Sure, he's a great clubhouse leader and could be a solid bat off the bench. However, if his retirement will prevent rubes from complaining about "Dusty-proofing" the roster, we’re all for giving the old man his walking papers.

Wednesday: Red Reporter - Because We Were #Drunj At The Time

We would be remiss if we failed to mention that y’all better mark your calendars for Red Reporter’s annual Game Two outing. What does a Game Two field trip entail? It definitely involves baseball and frequent consumption of alcoholic beverages. What might it involve? Short people being thrown over tables. Missing persons. Hugs with people wearing sweaters in 70+ degree weather. Bombay sapphire. The AIDS Monkey. Jim Day doing a terrible Joe West impression. A Laotian flag. Annoying frat dudes. Blouse clowns. Sweatermeat. Angry tweeting. Weighing of sandwiches. Renditions of West Side Story on a bridge. Still on the fence? Well, then you’re probably a regular on this site and just trying to find an excuse to get off of work.

There are plenty of things to hate about Bleacher Report (even if you did not watch a playoff game on TBS last season), but the most insufferable aspect of their website is their incessant love of making a 1,500 word article require 10+ mouse clicks in order to read it. As this is the most annoying and user-unfriendly aspect of the website, it should be one not mimicked by other sites, right? Wrong, according to the folks at the Enquirer. Cincinnati's Gray Lady decided to take an intriguing piece by John Eradi concerning Jeff Brantley’s misgivings of Aroldis Chapman as a starter, and turn it into a maze of click-throughs. Look, we here at RIWIAW like slideshows as much as the next pack of cats, but only if it involves food or something that requires us to turn on "private browsing." Twenty-three stock photos of Aroldis Chapman and Jeff Brantley is not worth cycling through; especially if none of those pictures involve ice cream or ribs.

Friday: When Even The Comment Section Seems More Reasonable

We’ve long known that trying to win an argument that Cincinnati has baseball’s best or most knowledgeable fans is a fool's errand. However, at least we’re honest about it. Our grasp on this reality is confirmed from time to time depending on the composition and performance of the team as well as the permeation of mouth breathers with Blogspot accounts. The most recent manifestation of this fact? A non-scientific poll question posed by the Cincinnati Enquirer finding that even after being tied to PED use and receiving a 50 game suspension, 1 out of every 4 Reds fans would have preferred keeping Yasmani Grandal over Devin Mesoraco. Then again, 25% is also the same percentage of Enquirer voters that believe President Obama is a US citizen. 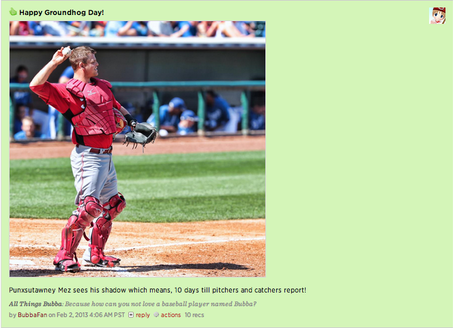 ESPN has shown over the past few years that when you reach a point in transcending popular culture market share, you can stop caring about your job and get away with just about anything. Heck, at some point, you can even televise someone off his meds speaking the "truth" about race in America. Your go-to excuse? That person is a commentator and he was only doing his job. That’s always a reliable excuse! Evidently, the mantra of IDGAF permeates all the way to the ESPN.com desk at the Worldwide Leader in Sports: 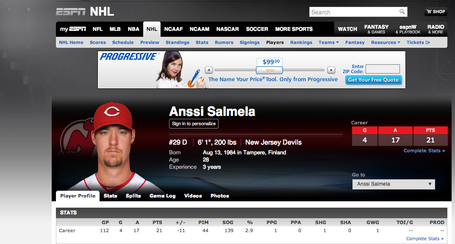