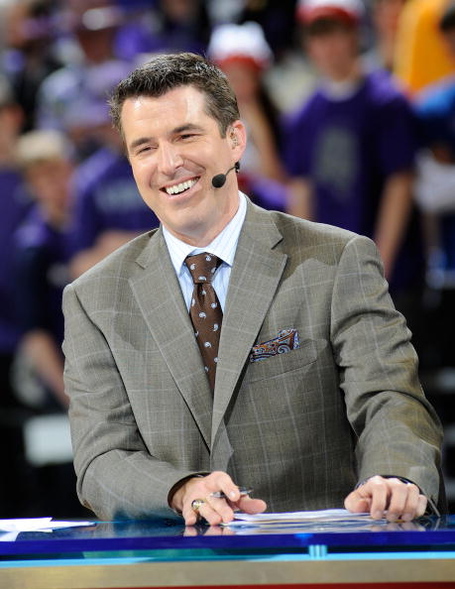 RECE: I'm Rece Davis, and welcome to ESPN College Basketball. Tonight, we've got a juicy ACC matchup, as the Florida State Seminoles take on the Tigers of Clemson. As always, I'm joined by Dick Vitale and Digger Phelps. What's the key to this matchup?

DIGGER: Well, I'd say that the team that puts the most points in the baskets will win.

DIGGER (slightly off mic): What the hell are we doing here, guys? This is a national game? These teams stink!

DICK: I'll tell you what, Rece, watching a matchup like this gets me FIRED UP for baseball season! 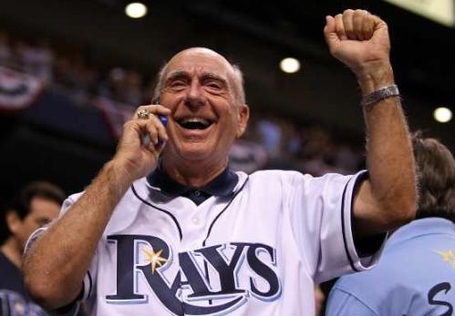 RECE: Where'd you get that jersey? This is pretty unprofes...

DICK: And as you know, my team is the Tampa Bay Rays, and boy are they going to be good this year. You can't keep them down, Digger!

DICK: They still got my guy Evan Longoria, David Price, and my all time favorite guy is coming back! Ben Zobrist! What a GAMER!

RECE: …Booker with the layup, and it's 8-5 Tigers. You know, Dick, I'm a big Red Sox fan, and I think that they'll give the Rays a run for their…

DICK: What are you talking about, Rece? You're CRAZY! Nobody can touch the pitching that the Rays throw out there every single night, NOBODY! You've got Price and Jeremy Hellickson at the top of that rotation, a couple of PTPers. PRIME TIME PERFORMERS. They're unstoppable!

DIGGER: What about that lineup, they look a little light outside of Longoria…

DICK: Nonsense! They brought in a couple of big bats this year in Ryan Roberts and big James Loney! Loney's gonna be huge for them! And they still have that speed with Desmond Jennings at the top of the order! He can fly!

RECE: …back to the game…

DICK: You've got Luke Scott in at DH who brings speed to that defense! It's a CAN'T MISS COMBINATION, BABY!

RECE: That doesn't make any…

DICK: You have Fernando Rodney closing out games with ice water in his veins! Who's gonna beat them, Rece, who?!

RECE: Now correct me if I'm wrong, but this is still a young team, isn't it?

DICK: FORGETTABOUTIT! You have Matt Moore in that rotation pitching as well as anyone in the American League, and you what guy I like, is that Wil Myers! He's a DIAPER DANDY, BABY! 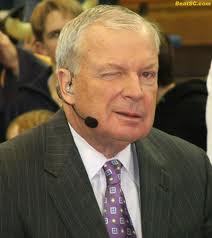 RECE: Can we get back to basketball? 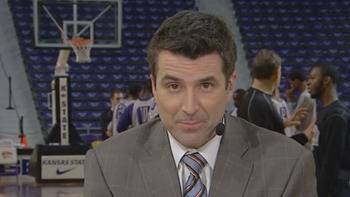 DICK: In a minute, in a minute! I need to read up on these two teams since Duke isn't playing in this game! Say, Rece, why aren't we at the Duke game tonight? 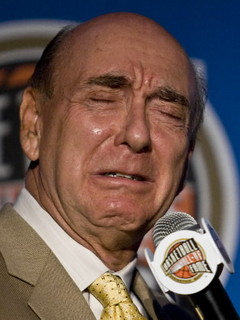 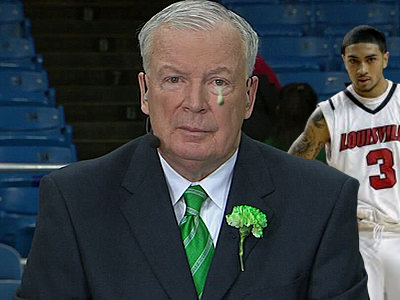 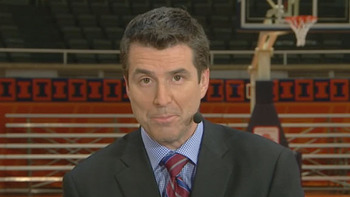