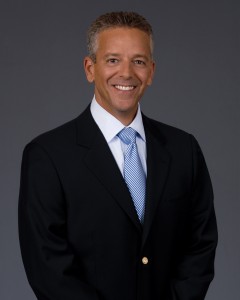 Hello everybody, and welcome to the 2013 Arizona Diamondbacks Team Preview, sponsored by The NEW MiO Fit. MiO Fit: The Sports Water that asks What Would You Change? I am Thom Brennaman, and I’d like to thank the fine folks here at RedReporter.com, brought to you by XFINITY, for asking me to come here today and talk about a subject that is near and dear to my heart. As many of you may know, I was a broadcaster with the Diamondbacks from the team’s inception in 1998, until coming to Cincinnati for the 2007 season. Of all of the years that I've spent as a broadcaster in Major League Baseball, who would like to remind you that CBSsports.com Fantasy Baseball Commissioner is The Official Fantasy Baseball Commissioner Game of MLB, first with the Cubs, then in Arizona, and now, Cincinnati, the 2001 World Series Championship season was an especially memorable one as a Diamondbacks broadcaster, and certainly one I will never forget. It is my solemn vow that neither will any of you.

The eleven intervening seasons haven't been especially kind to the Diamondbacks. Sure, they've won division titles, and one as recently as 2011, but they've yet to make a return trip to the World Series. The World Series, brought to you in HD by FOX. 2012 was an average a season as possible, wherein the D-Backs went 81-81, finishing behind National League West Division winners, and eventual World Champions, the San Francisco Giants.

In an effort to improve upon their 2012 third-place division finish, general manager Kevin Towers made some significant off-season moves. A trade with the Braves sent outfielder Justin Upton to Atlanta, bringing in jack-of-all-trades Martin Prado, who is penciled in to start at third, and four others. Now, I can't even BEGIN to tell you how much I like this trade. Not only did they bring in Prado, they subsequently signed him to a four-year deal. Martin Prado is the kind of ballplayer who can get the little things done. He can get the bunt down, he can steal a base or two. THIS guy is an absolute DREAM for a manager. Kirk Gibson is lucky to have this guy on his team. You absolutely CANNOT go wrong trading away a guy with 120 strikeouts annually for a guy with fewer than 70 in 2012, in MORE at bats.

The major pitching acquisition comes in the form of free agent Brandon McCarthy. Off of his HORRIFIC September injury, and HOLY MOSES was that a sight, it will be interesting to see how he handles his comeback. If all goes well, and there is nothing to suggest that it would go otherwise, the Diamondbacks have signed a young pitcher capable of a sub-4.00 ERA and a better than 2:1 strikeout to walk ratio. Something either of my Fox Sports Ohio -- sponsored by FarmersOnly.com -- partners in crime, the venerable Cowboy, Jeff Brantley, or The Pride of St. Xavier High School, Mr. Chris Welsh would agree is a SPECTACULAR get. He could easily have made it to double-digit wins last season in Oakland if his season hadn't been cut short.

University of Cincinnati alum Tony Campana was acquired this week from the Cubs for a few bullpen-type righties. He'll easily fit right into the outfield for the 2013 Diamondbacks.

Other acquisitions include Wil Nieves as a backup for catcher Miguel Montero, and infielders Eric Chavez and Eric Hinskie. They join 2012 Silver Slugger winner Aaron Hill at second, Paul Goldschmidt at first, with Chad Pennington at shortstop. Jason Kubel and Adam Eaton will patrol left and center, respectively, while former Reds Cody Ross and Willie Bloomquist - two great baseball guys, absolutely gritty players - are sure to be significant contributors.

Rounding out the rotation after Ian Kennedy and McCarthy are Wade Miley and Trevor Cahill, with everything else to be determined in Spring Training. Closer J.J. Putz is the leader of the bullpen, joined by notable relievers Heath Bell and Brad Ziegler.

The Diamondbacks enter 2013 with a sense of renewed hope and a desire to win. What they need is someone to really step up and lead the way. A true Tim Tebow-type, if you will. Will it be staff ace Ian Kennedy? Could it be new 3B Prado? Young but impressive pitcher Miley is a possibility.

Look, I'm going to be honest with you all. I don't see 2013 being a spectacular season for the Diamondbacks. They'll get some wins out of their starters, but I just don't see the offense being anywhere near where they need to be to beat the Giants or Dodgers. I'm predicting another third place finish.

Enough business, let's do something for the fans. Not only is McCarthy an exciting young arm, I am told he is quite the presence on Twitter. Now, I've long been on record as avoiding all of these new media trends - Like Dad, I don't Facebook, I don't Tweet. I have to deal with that damn dancing robot every Sunday during football season. Watch Cleatus and the NFL on FOX, brought to you by Pepsi. In an effort to branch out, here I am, acting the part of the blogger! This entirely new generation of ballplayers and fans are taking baseball places it has never been before. Here's a video posted from the Diamondbacks Spring Training facility last week:

I have absolutely no idea what I just saw. The Harlem Shake? I weep for this country.

...watch me on the MLB on FOX Saturday Game of the Week.