Nothing is happening. So just read the preview again.

Share All sharing options for: Red Reposter: Just Close This Window and Read the Cormac Preview

All's quiet in Goodyear so far. Latos' ankle hurts and Arroyo's a bit sick, but since they haven' been mentioned in a couple days, I think everything is pretty minor. There is nothing happening. Just read the Cormac McCarthy Kansas City Royals preview instead.

BUT if you insist...

And in THE REPOSTER: BACK PAGE EDITION:
The New York Times won't be linked to much in these pages. But when they do 1,000-word stories about the television craze that's sweeping Norway, we'll let you know.

What if the NFL took place in the British Isles? What would the logos look like then? Dave of Dave's Art Locker has some ideas. Most importantly: 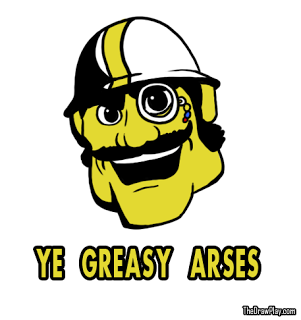