A list of items that the Cincinnati Reds ultimately decided against putting up for sale this holiday season.

Share All sharing options for: Recalled Items from the Cincinnati Reds Christmas Shop

It's that time of year for gift giving. Local sports memorabilia shops are never at a loss when it comes to ideas for your favorite sports fan. However, sometimes, they miss the mark. Here is a list of holiday gifts that unfortunately will not be available to the general public:

Cingrani on the Shelf

Make sure your home is complete with the Christmas gift that everyone is talking about! Are your children misbehaving before Christmas? Do you not only want to provide them with the incentive of Christmas presents, but also want to instill in them the wrath of a vengeful being? Well, then you just might want a Cingani on the Shelf. Put Tony Cingrani anywhere you want in your home this Christmas season and turn your children into fearful and compliant little angels.

Reason Rejected: Ninety percent of all children in the focus group that tested this item had reoccurring nightmares for three months after exposure to the Cingrani on the Shelf. 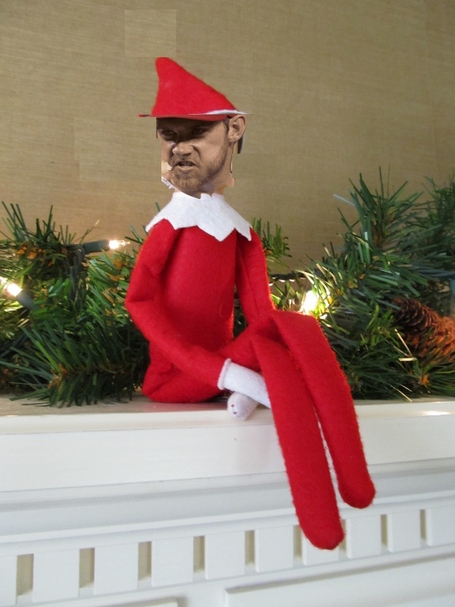 Be the first amongst your friends to usher in 2014 with the new Cincinnati Reds smartphone app! With the new app, you'll be able to access our 2014 schedule, be the first to find out about clubhouse promotions, and unlock our new "Sentient" feature. The "Sentient" feature gives your phone the ability to act as a Reds fan when you're too busy with work or other life requirements. Want to Tweet, but don't have the time? Your phone will compose a pro-Reds tweet for you! Too busy to go to the game, not to worry because your phone will buy tickets on its own to show your support for the Reds! In addition, you'll be able to download the entire Reds roster onto your iPhone or Android and never have to worry about using the wrong form of "Zack" for Zack Cozart ever again!

Reason Rejected: Unfixable auto-correct bug replaced all forms of "Brian" and "Bryan" with "Brayan" even when app was not being used. Reports of unauthorized charges on credit cards also raised concerns.

The time has come for children to create and style the facial hair of a baseball legend. Make your own Corky Miller mustache or beard with the new Wooly Corky. Want to create a handlebar mustache for Western Wear day at Slugger Field? Go right ahead! An unkempt beard for a playoff run? Wooly Corky is your oyster. It's fun for the whole family and a perfect stocking stuffer this holiday season. 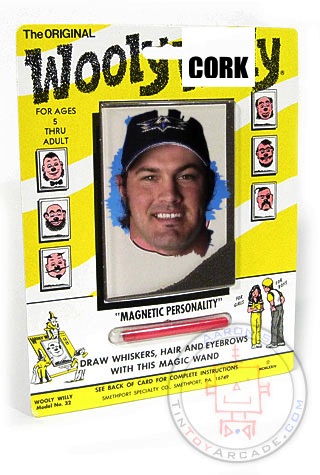 * * *
Brandon Phillips Swollen-Leg Stocking
Want to commemorate the Reds while making sure you have extra room for goodies in your stocking this year? Purchase the @DateDudeBP stocking! Modeled after an injury Brandon sustained against the Pirates this season, the stocking has an extra bulb around the shin to store candy and other treats. Order now and receive it customized with your favorite tweet inscribed into the stocking.

Reason Rejected: It's kind of gruesome when you think about all the fluid in the shin. 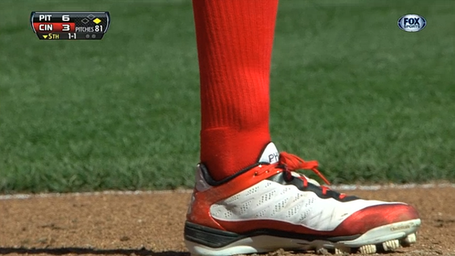 Want to play a game with your out of town relatives from Chicago or Milwaukee? Well, then "War Criminal or St. Louis Cardinal" is the perfect family get-together. Each team will be given cards with trivia questions on it and will be awarded points if they can differentiate between war criminals and present and former members of the St. Louis Cardinals. If you guess right on the first hint, you get 3 points, 2 points after the second hint, and 1 point after the final hint. Guess the actual war criminal or Cardinal for an additional bonus point. Here's a sample:

Hint 1: Does not conform himself to the English alphabet.

Hint 2: Has stood amongst right wing reactionaries at rallies aimed at attacking and subverting the honor and character of political adversaries.

Hint 3: Likes to hit the pitcher in the eight-hole.

If you guessed Tony LaRussa, congratulations, you got it right! Order now and try your hand at our 51 other cards in this set. Expansion sets also available: "Traitor or Trader" and "Actual Cardinals Fan or Concern Troll."

Reason Rejected: Complaints from ancestors of Pol Pot comparing him to St. Louis Cardinals. Also, MLB gets kind of testy about this sort of stuff. 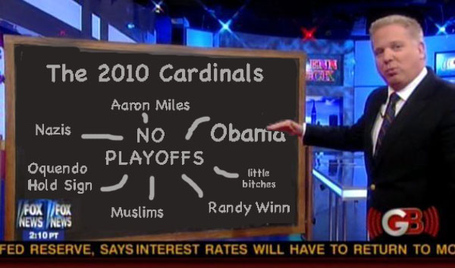