Revamping the Minors: the Pensacola Wahoos

The Reds gained a pitching prospect! That's great! The Pensacola Wahoos have gradient jerseys. That's bad. I made new jerseys. You can go now.

Share All sharing options for: Revamping the Minors: the Pensacola Wahoos

I like the Wahoos. I have an uncle and a former roomate from Pensacola, who both say that it's a nice town. The stadium is apparently built right on the water, allowing for a righty power-prospect (like, ummm, you know....) to feed so many fish he'll be called Poisedon. And they had a fun team last year (Lutz, Rodriguez, Chad Rodgers) and will likely welcome guys like Waldrop, Mejias-Brean, and signed-a-card-to-me-(thanks, -MBP) El-Hajj Muhammad.

Which is all great. But those uniforms are kinda...yechhhhh. 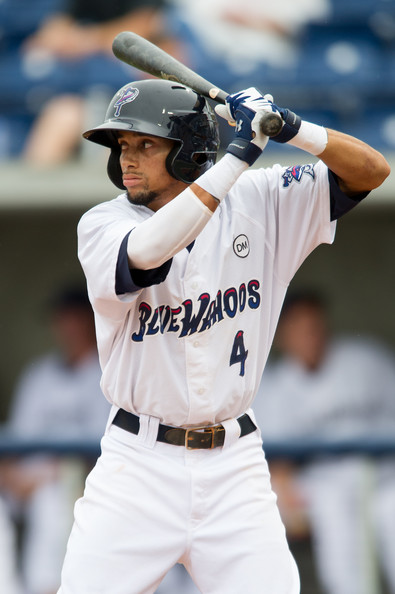 The Gulf coast could really use a early-90s theme to go with Inspired by Hotline: Miami and Drive and not a little of the cocaine-era New York Mets, I gave the Wahoos some new threads. Most importantly, we're gonna dump the Wahoo-as-fish concept. You're gonna name a team the Wahoos, you're gonna get the Wahoo!s.

Nothing here but a clean, fresh, look. Also, a newly-spelled nickname.

The hats are also pretty straightforward. A hat to rep Pensacola... 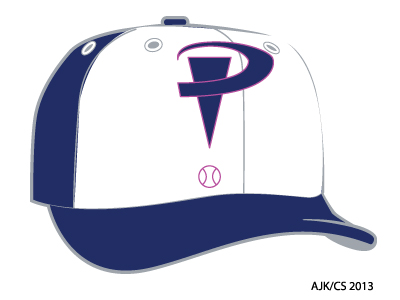 And a fashion/alt hat. Because a hat with punctuation on it would sell like hotcakes I tell you. HOTCAKES! 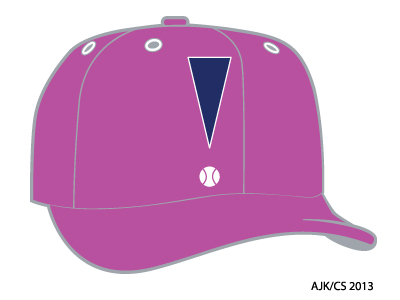 Anyways, these are your new Wahoo!s. I hope you like them. 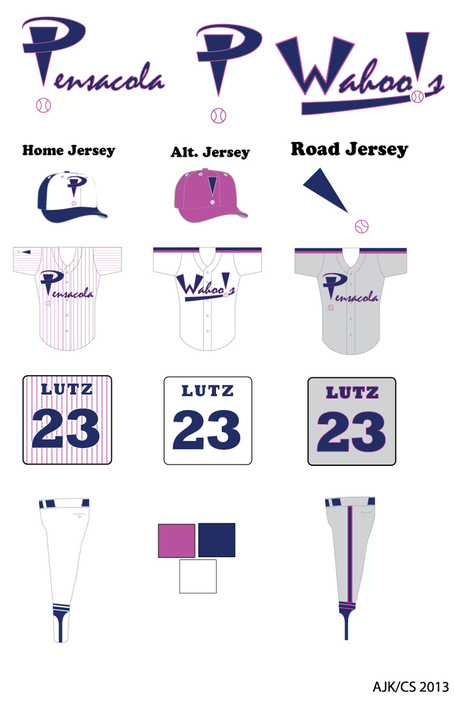