The Reds, ever eager to prompt your roster creating imagination, made their first foray into Free Agency.

The Real Reds got their offseason plans rolling this morning by signing catcher Brayan Pena to a 2 year contract.  ESPN Deportes' Enrique Rojas broke the news, and while the exact details of the deal haven't been fully disclosed as of yet,  it appears that Pena will make $1.25 million in his first season in Cincinnati.

Pena is a switch hitting 31 year old native of Cuba who spent last season as the primary backup in Detroit following previous stints with both the Kansas City Royals and Atlanta Braves. 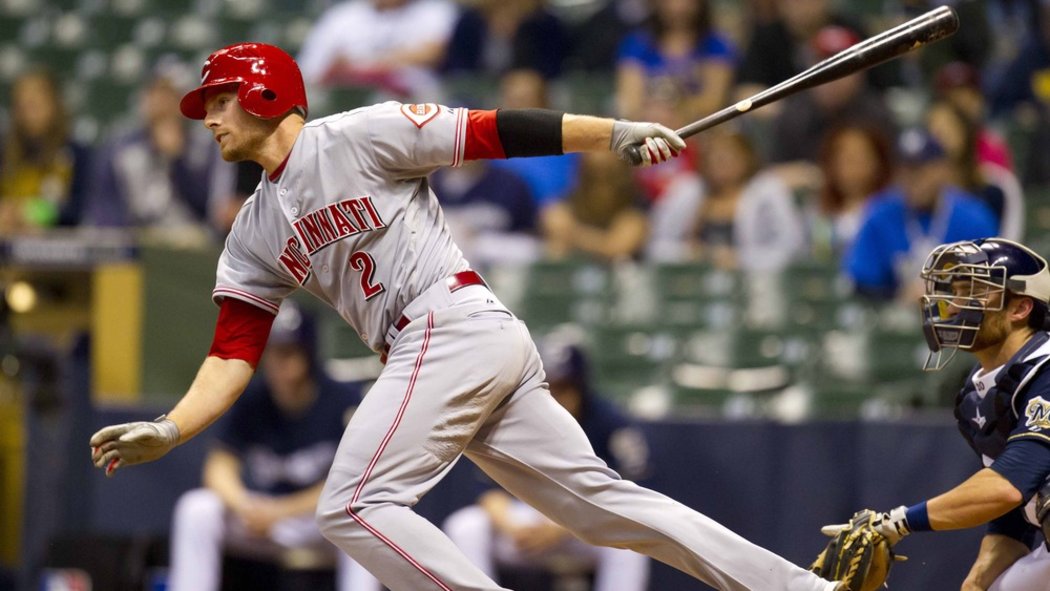 Is it time to think more about Zack Cozart's strengths?

That, of course, means there will be three catchers vying for what will likely be just two spots on the 25 man roster entering 2014, which means you suddenly have you first pile of roster kindling to light your speculation conflagration.

Many national writers are jumping to the early (and, I'll admit, the obvious) conclusion that Ryan Hanigan will likely be on the move, including Bowtie McFunnypants, friend of the blog Craig Calcaterra, and even C. Trent Rosecrans of the Cincinnati Enquirer.

Hell, even this knucklehead said back in May that it would be a wise idea to trade Hanigan this offseason.

All of a sudden, though, I'm tempted to read a lot more into this.  John Fay wrote all of two days ago that the Reds, hamstrung by their current payroll, will have to improve through making trades instead of signing big money free agents.  Ryan Hanigan will enter the 2014 season as a 33 year old catcher in his last year before arbitration, a player making roughly $2.3 million in salary, a player coming off a -0.3 WAR season, and a guy who just put up an injury riddled .198/.306/.261 2013.

Regardless, hold on to your roster butts.  This offseason just reeks of wheeling and dealing.