Revamping the Minors: The Louisville Bats

The Reds have a boring minor league system full of boring prospects and boring teams. We here at Red Reporter aim to change part of that.

Share All sharing options for: Revamping the Minors: The Louisville Bats

The Louisville Bats. Say what you want about 'em and the team full of Jason Donalds and Manny Burrisses last year. But they've got uniforms that can make even the handsomest man look ugly. 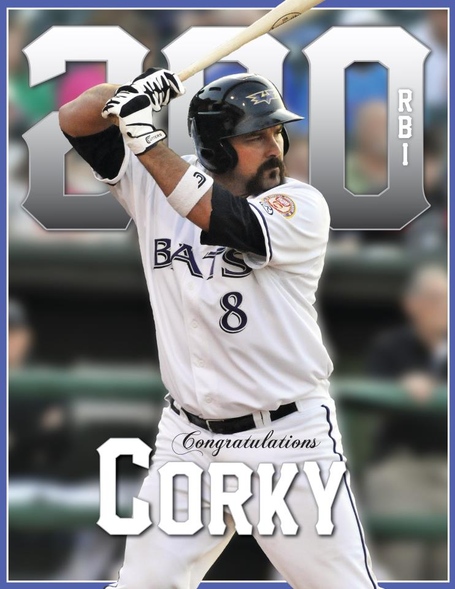 Pictured: the handsomest man. via www.thebatssignal.com

The Bats might not really have the prospects quite yet, and won't until Stephenson comes and maybe Lutz down the road. But they can still have the look of winners and resemble a big-league club that everyone wants to play for. A jersey they can take pride in wearing and in getting dirt on. Here's how I see the Bats:

I know that jokes are funnier when you explain them, so look at it. It's the Cardinals' uniform. Just with bats instead. So since the bats have to hang out upside-down, the "ousville" goes on top.

We've got some homage to the big-league team, though, in the typeface used for the jerseys; a free knock-off of the Reds' typeface (shut up, I can't find the real one, I'm not a real graphic designer. Thank Mr.RLP for the one I even found).

The minor leaguers will use these "Bats on bat" logo to instill class and playing the right way. However, we know that it takes more than that to bring in a crowd to a minor league ballgame. The Bats will need a family-friendly logo to bring in non-traditional fans. With a team named after bats, you know what they need to get a tweenaged female audience? Vampires. Preferably Benedict Cumberbatch vampires. Preferably Benedict Cumberbatch vampires with a bloody bat. 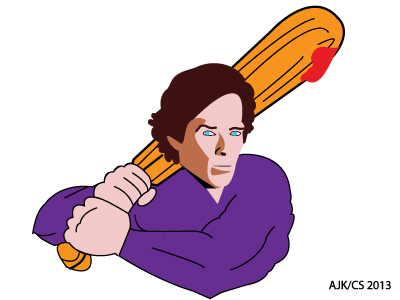 So there you have it. And it all comes full circle, because the Cardinals are kind of undead nightmarish ghouls who destroy everything they come into contact with.

In order to get on the merch game, the Bats ought to have two hats. One with an "L" on it so that all the Levons, Landons, and Losers can wear a hat: 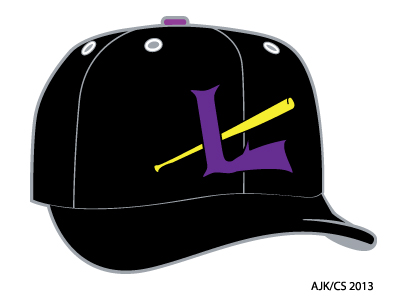 And the other, just because I think its cool, I took the Angels' old halo hats and hung a realistic-looking bat (i.e. Orioles) from them and used it as the alt caps: 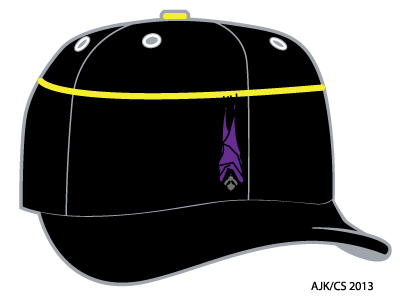 So there you have it, the new-look Bats. New looks for all the other minor league squads from Dayton on up will be forthcoming if I have time and it's not too stupid. Here's the full look: 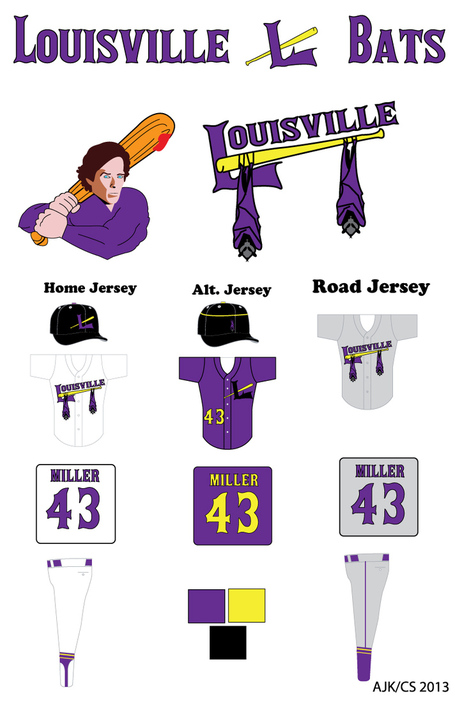