For Entertainment Purposes Only: Odds on the Next Reds' Manager

Share All sharing options for: For Entertainment Purposes Only: Odds on the Next Reds' Manager

We couldn't afford to get access to the official Las Vegas Odds, so we just hired Pete Rose to give us his instead:

Good: Price, as pitching coach, has an intimate knowledge of the clubhouse and each player's strengths and weaknesses. He's respected among players and management for his intelligence and demeanor. Also, he's probably the guy whose opinion I'd respect the most when it comes to making a decision on Aroldis Chapman in 2014.

Bad: His high stock value may be inflated due to his demand in other markets. He interviewed for the Marlins job in 2012 and there is a strong possibility the Mariners could snag him if he's still available before the Reds make their final decision.  Also, if the Reds are going to say they want to make a move to change the clubhouse "culture," an internal candidate may not be the most effective way to go about it.

Final Verdict: Price is probably the favorite for the job both internally and externally (among sane people); as he should be.

Good: Bell was widely seen as an up-and-coming MLB managerial candidate until he joined the Cubs as a third base coach. He already has a professional relationship with a number of Reds players. The whole "Cincinnati native" thing may stall the inevitable #FARRDAAAAVE screeds, but, then again, that hasn't stopped Bearcats fans from doing it to Mick Cronin.

Bad: It is widely rumored that the Reds had a "plan" for David Bell to eventually take over for the Reds, but his jaunt to Chicago may have left a bad taste in the mouths of the front office. If the Cubs don't get Girardi, he may be there fallback choice.

Final Verdict: If he didn't ruin his relationship with the Reds after going to Chicago, Bell is probably the second-best candidate that the Reds could realistically turn to in 2014.

Good: If he's the wrong hire, the Reds will likely be able to have a re-do hire during the 2014 All-Star Break. We'd essentially be doing the reverse-order of what the Cubs did in firing Riggleman and hiring Dusty Baker. Riggleman was hired last year as AA Manager, so he probably will come cheap.

Bad: It's another former Cubs manager. In fact, it's the Cubs manager who broke Kerry Wood (the first time.) Also, the quitting thing.

Final Verdict: Since he's already in the organization, I understand why he's getting a look, but after Washington, I'm perplexed as to why he joined the organization in the first place.

Good: Another scorned lover from the Cardinals system would fit right into this merry band of folks.

Bad: The Cardinals' job was allegedly his to lose, and he found a way to lose it. He would fit right into this merry band of folks.

Final Verdict: I'd prefer to get away from this storyline of Reds being Cardinals East. Among candidates with absolutely no ties to the Reds system, he may be the best.

Bad: He doesn't like many current Reds. He's petty. I prefer my favorite players not to have asterisks next to their names. Oh, there's also this.

Bad: He's only had success when his teams comprised of knifey-spoony guys like David Eckstein and Darren Erstad. He could probably use a year off after Arte Moreno single-handedly decided to simultaneously spend a quarter of a billion dollars and destroy a well-constructed baseball team.

Final Verdict: He'd be a nice guy to have as a manager, just not for this team.

Good: Um, he used to play for the Reds? I really don't know of any good reason besides the fact that he's popular with fans. He's played the game, which makes him more qualified to manage than Paul Daugherty, I guess. Sentimental choices give up about two news cycles worth of good will. After that, people realize how dumb and reckless your decisions are.

Final Verdict: If anyone seriously tries to lobby Larkin for this job, it is your duty to show them this:

Good: Boone is a solid communicator and was a clubhouse leader for the 1998-2002 Reds.

Bad: Boone has no managerial experience. It is unknown if lusting after three-headed catchers skips a generation. The 1998-2003 Reds weren't that great to lead.

Final Verdict: Hire Corky Miller, but only if he wants it.

Good: After Pete Rose and Tony Perez, Morgan would only be the third Red from the Big Red Machine to be unceremoniously let go by the Reds as manager in a few years. Whomever now owns www.firejoemorgan.com would make a killing (again).

Bad: I would provide a deeper analysis, but I'm almost certain the only reason his name is being bandied about is that so he can sell more Hondas or campaign for MLB Commissioner.

Final Verdict: He's not going to be a manager, stop it.

Good: He's arguably one of the best managers in the game and has won with teams having large payrolls and small payrolls.

Final Verdict: He'd be my choice if I was starting my own baseball team. That being said, he's not coming here.

A Computer Program That Takes Into Account As Many Variables As Possible And Then Provides A Suggestion On Lineup and Matchup Optimization Based On Algorithms Designed In Part By Bill James, Nate Silver, Joel Luckhaupt, And Other Smart Folks - 3,141,592,653,589:1

Good: It eliminates us from ever having this argument ever again.

Bad: It will be hard for this program to argue calls with the umpire.

Final Verdict: Eh, we'll still have to hear from the RBI fetishists. 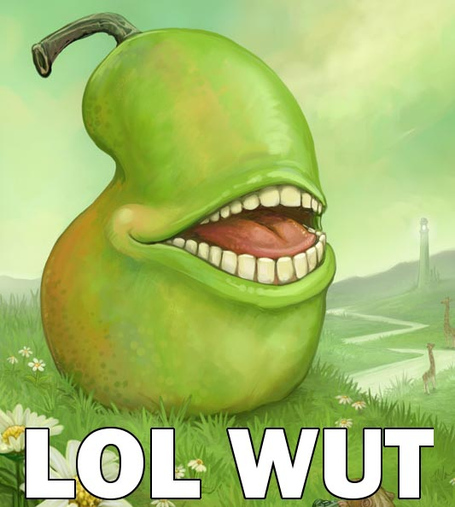 A manager falls, a manager rises. Like sunrise, or maybe shaving