This Week in JPEGs Tournament: Dusty Reacts to BP and C. Trent vs. Yadi Molina is Injured

This always makes me think of Take Me Out to the Ballgame but instead of peanuts and cracker jacks they are selling tripe.

Share All sharing options for: This Week in JPEGs Tournament: Dusty Reacts to BP and C. Trent vs. Yadi Molina is Injured

For better or worse, this was one of the most provocative episodes of the 2013 season. Time has given me a sharper perspective on the event, and honestly neither Dusty nor BP are looking any better than they did the day it happened. Now that Dusty has been fired and rumors are circulating that the Reds may or may not contemplate beginning exploratory discussions to determine whether or not they should begin kicking around the idea of trading BP, this moment is beginning to look more and more like a turning point.

I think now there is more room for interpretation of Dusty's reaction. Initially, I saw confusion, disbelief, and paralytic shock in Dusty's face. Now though, I think one might be able to sensibly argue that Dusty was not so much shocked as he was restrained. His initial laughter at BP's tirade was his genuine reaction, and only after he became self-conscious of that reaction did he purse his lips to keep himself from laying into C. Trent, too.

Still, Dusty is a zany fella, ain't he? 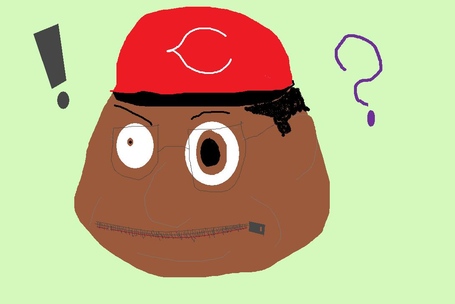 That buttface is such a toilet. 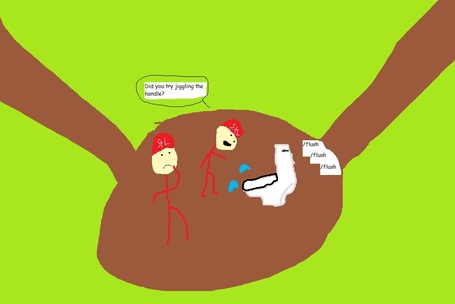