"I love this city. I feel like this is my city. " -- Brandon Phillips

Clinch night always delivers on the wire. Or anyway, it did that other time too. Here are some of the best photos we have the rights to publish: 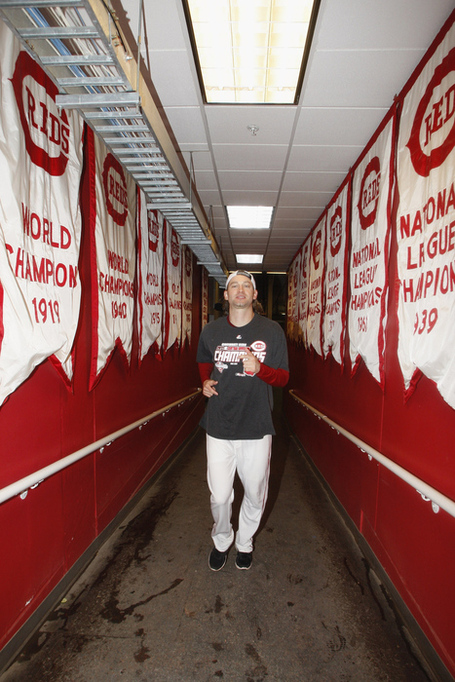 Bronson, team historian, does the "Tour Guide Backpedal." ON BEER. 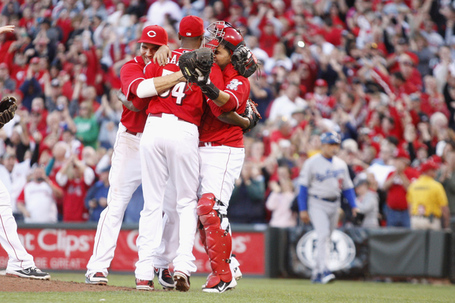 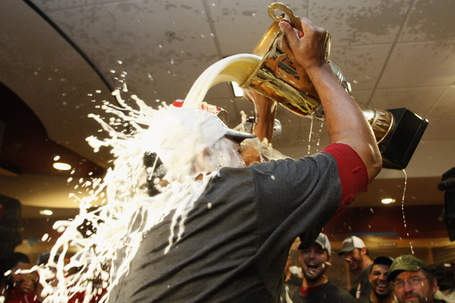 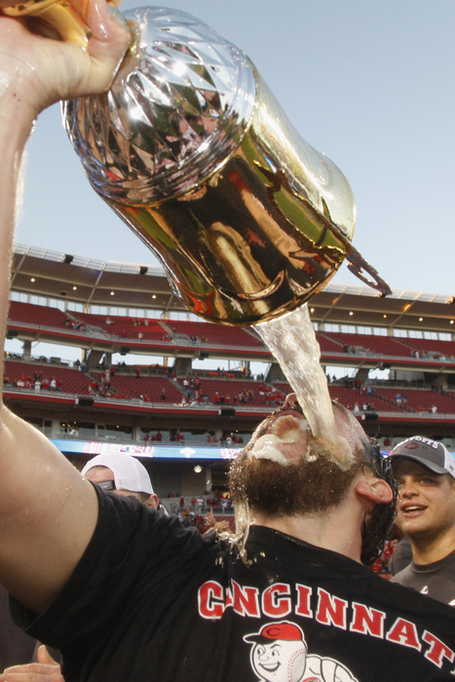 He has a drinking problem. In that he has a problem with the actual mechanics of drinking. 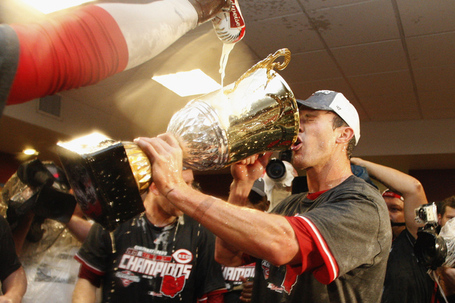 Give me one drink of your Stubbin' cup. Also, who is pouring a beer out on the cup? There are drunks in our own downtown that could use that beer to get drunk. 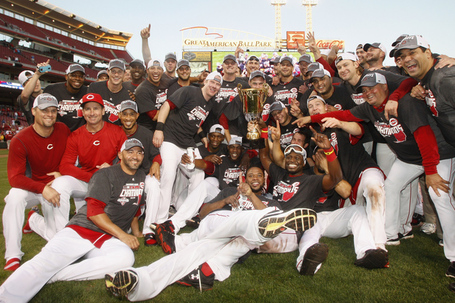 Each player is looking at a different camera.

Can you name all 33? I'm stuck on the guy on the far left whose forearm is over his face and who seems to be holding up a one of those 3D Vu-Finders.

Also, mystery of why Johnny Cueto has been struggling solved. He's been wearing running shoes.