Reds Stink Like the Guy in Front of Them Ate Skyline, Lose to Marlins 6-4.

Share All sharing options for: Reds Stink Like the Guy in Front of Them Ate Skyline, Lose to Marlins 6-4.

Ryan Ludwick hit his 26th hoagie & grinder of the season in the 8th in a futile attempt at a comeback, but hopefully it's a sign of better things to come from the Reds' mid-season savior. Despite his great rebound season, Ludwick has struggled to the tune of a .655 OPS in September before tonight's game, and the Reds offense has struggled right with him. Let's hope that tonight's the night that gets him going in the right direction again.

The supergrover Memorial Honorary Red Reporter of the Game Thread

angeeh, you're the best (again). Is she RR's resident house mom? The hot sister of the house president? The nurse we all dream of? I ask you all as if you know, but the reality is that there's only one RR with a mind enough like a steel trap to know the answer...and that's angeeh herself.

Tonight she did her damnedest to make sure -ManBearPig (and the rest of us, for that matter) can take care of ourselves a bit better and maybe, just maybe, rehab our way out of both new and lingering dirty-30 induced injuries.

Just to clarify, loyal RRs, the rules go like this: 1) if you're 30, don't act like you're 20. 2) if you're 30 and act like you're 20, don't act surprised when you can't stand up without a yelp in the morning. 3) if everything still hurts 3 days later, do everything you can to get angeeh to help you out. We're an aging bunch, and with playoff season around the corner, I fear we'll all need plenty of her recommendations.

Thanks for taking care of us, angee. 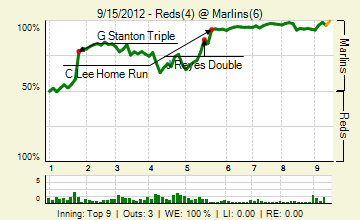