Share All sharing options for: No September Swoooooooon: Reds Win 5-3

Mike Leake went seven strong, giving up 9 hits, 1 walk, and three runs while tallying 3 strikeouts. He also went 2-2 with a run scored. It wasn't the prettiest thing, but he needed to go deep in the game after yesterday's wildening, so we're glad he did.

BP also gets only the maddest of daps for his 2-4 night and leadoff home run. Wilson Valdez went 2 for 3 with a walk because nothing makes sense anymore.

If this is going to be a looser-constructed "fan of the game", well, is there any question? 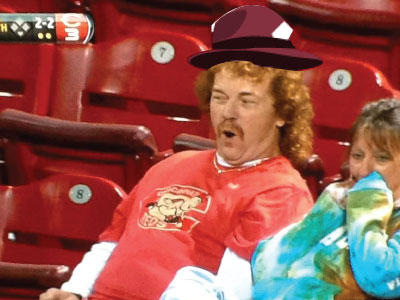