Share All sharing options for: That Team in Gray was Happier than that Team in White.

You see, I was brought up to think that things were pretty straight-forward, y'know? I mean, that things were simple? Well, when I saw that lady out there throwing that baseball tonight for the Reds, I just wondered if it was some sort of special occasion or something. Turns out her friend, who went out of his way to throw the baseball with the wrong hand and bat backwards, I don't know why he did that, happened to hit the ball hard a few times, and one time he hit it so far that he didn't even stop running. I guess those fans should've helped him out and told him where he should have gone. He probably would have liked that quite a lot. I hope there was somebody on his team there to catch him, or else he might still be going. You never know what might happen once you start running. Sometimes you just do not sto-op.

The supergrover Memorial Honorary Star of the Game

Well I have never seen that kind of performance before. I had heard through the grapevine that tonight was supposed to be some sort of 90s night, but I sure did not see any elderly people in here. Some things are just like a box of chocolates I guess, and you just never know what you're gonna get. I am pretty sure that there was one person who thought they were twenty-one, twenty-four, and thirty-five tonight. I just don't know what to say about that. Stupid is as stupid does, I guess. I think my Mama would have had a few things to say to that Gay Jesus, too. I just do not know. 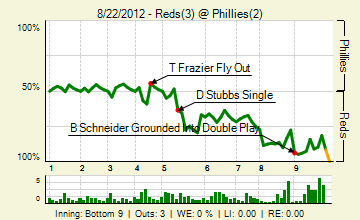