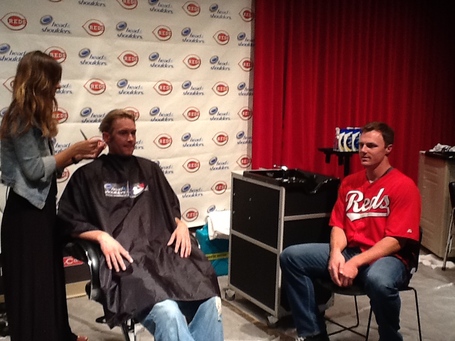 The final portion of our interview with Jay Bruce. I asked Jay about the "thrill" of hitting a go-ahead home-run, and 10 hours later Bruce did exactly that. In addition, Jay rejected our idea that he should dye his hair red if the Reds win the world series. We also discussed his ongoing friendship with former teammate Paul "Soft J" Janish, the keys to the rest of this season, and much more.

Video and audio of "Part 2" after the jump.