Share All sharing options for: SCS: Red Reporter Seriously Cares, Seriously; Two ways to give back.

This post is just a reminder about the Red Reporter Pledge Drive that kicked off with the beginning of the Second Half and our ongoing support for the Red Cross. The invitation to pledge will remain open through the end of the season (the entry form is after the jump). The two organizations we've linked to for the Drive represent local and international efforts to assist the neediest among us. This time of year, removed from the holiday giving season or Tax Deduction time is a great time to get involved if you've been meaning to.

"The Freestore Foodbank is a provider of emergency food and client services. It is the Tri-State's largest food bank, serving 20 counties across Ohio, Kentucky and Indiana. The Freestore Foodbank has three locations in the greater Cincinnati area: The Customer Connection Center on Liberty Street in Over-the-Rhine, the Mayerson Distribution Center on Tennessee Avenue in Bond Hill and the Jeff and Darlene Anderson Family Building on Central Parkway in the West End."

Red Reporter has also had a long-standing, long-distance relationship with the Red Cross. Giving blood is easy-to-do, life-giving and fulfilling. 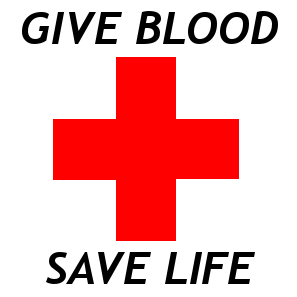 Guidelines and entry form for Pledge Drive after the jump.

We're asking for straightforward pledges, based on counting stats or a simple formula and around five items or less. Enter them into the form below and drop them in the thread too as a challenge, if you like. You can choose to reward the Reds for doing good or make good out of a bad outcome. The pain of watching a Drew Stubbs' K or Bailey Homer can be blunted knowing that it will go to a good cause.

We'll keep track of the pledge totals and remind you at the end of the season. You can give incrementally or all at once. Of course, this is all on your honor. The idea is not to guilt anyone into philanthropy, but to have fun and do some good in the process.

The highest giver will receive a prize. For every $250 plateau RR hits, I will agree to change my avatar and signature for a week to a ridiculous thing of the community's choosing (in a separate thread, we'll put it to a vote).