Todd Frazier brapped what would end up being the game-winning hit to cap an improbable afternoon comeback over the Diamondbacks on Thursday. Then, he apparently couldn't stop grinning and yukking it up, even though Mark Berry tried to talk him down from his hysterics.

What do you think they were saying? What insight does this moment shed, psycho-socially, into the Toddfather? Into Mark Berry's role on the team beyond hand-waving and gesticulation?

Leave your entries in the thread. This will be our last caption contest before our five winners square off in a Tournament of Capt-champ-ions.

Last week's winner is a just a jump away. 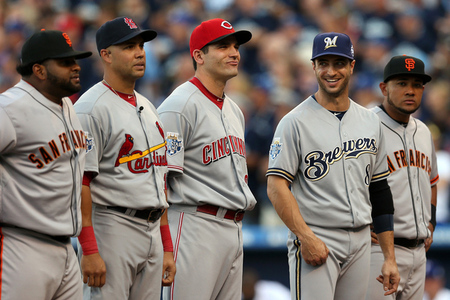 "Ughhh, Panda, that's what happens when you eat Jose Altuve. You know Venezuelan doesn't agree with you."