Share All sharing options for: Don't Call It A Comeback, They Been Here For 104 Years! Reds win 4-3 over the #LOLcubs

Scott Rolen. You win the game, you win the award. Simple as that.

Honorable mention to Joey Votto for being Joey Votto (he's up to .293, still worried?), and to Homer Bailey for only giving up solo home runs.

This is just fantastic: 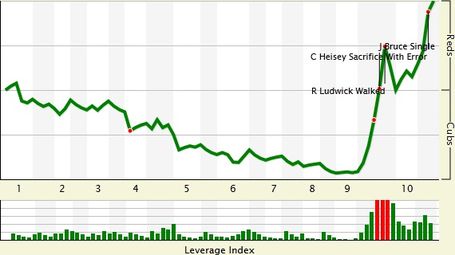