Since the Reds are riding a 6-game win streak (their first since August 2010), I tried to come up with an antidote to our losing streak mascot: 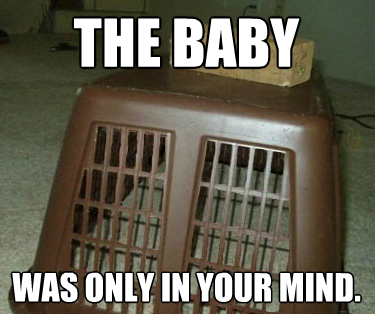 Credit for shopping out the baby goes to Gapper (I think).

Maybe it needs to be a departure from babies, laundry hampers and bricks. In any case, SIX WINS WITHOUT A LOSS.

Christian Friedrich is making just his fourth major league start tonight. I don't want to make too much of that, because Friedrich been a highly-regarded prospect and misses a lot of bats. Then again, he's given up a good number of liners/fliners/flyballs so far. This is of interest to the the home team because: temperatures are up and 10 seeds* found purchase** for the Reds during the Braves series.