Share All sharing options for: Good thing the ballpark is downtown, because that's where Frazier went. Reds beat Braves, 2-1.

You win the game on a walkoff, you win the JNMHSotG. Todd Frazier hit an opposite field solo homer Christhian Martinez in the bottom of the 9th, giving the Reds a win in a solid pitcher's duel. When pundits speak of how the Toddfather must step up in the absence of Scott Rolen or the Reds will be "forced" to make a move, this is the kind of play they look for. Though he's struggled lately, this makes up for a lot, and ensures the Reds will win the 4 game series. 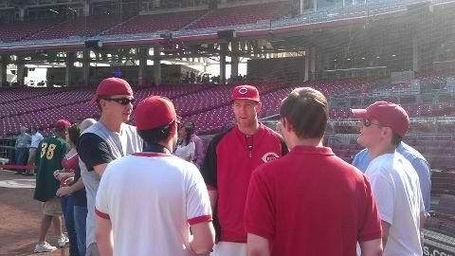 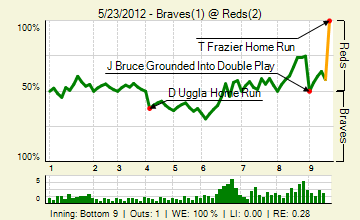