Sunday: And We Thought That Giant Turkey Leg from Smoq was a Dumb Addition to Ballpark Food

The Texas Rangers historically do not have a great record when it comes to business decisions. That’s okay though, because they have a postseason record to match it. Now, the team that brought the Reds Edinson Volquez has come up with a new way to ruin the game: the Boomstick Hot Dog in honor of Nelson "Boomstick" Cruz. It’s a $26.00 hot dog that comes loaded with sauerkraut, cheese, French fries, and jalapeños. Reportedly, other teams have expressed interest in serving their own versions of the dog that weighs six times your standard wiener. Most notably, the Yankees are set to debut a hot dog even larger than the "Boomstick" nicknamed "The Sabathia."

Monday: Comment of the Week: Where We Explain Why Juan Francisco Did Not Show Up To Spring Training In The Best Shape of His Life

It took the staff here at RIWIAW over two years to become versed in some of the very dumb ways of this site. Luckily, it only took our livers half that time to fit in! If you’re/your/yore new to the site, please remember you can get up to speed with all of the Red Reporters memes and inside gags (leading up to 2010, because that’s when the mods got lazy and just stopped updating it) by visiting the wiki page! In the alternative, you can listen to this 40+ minute conversation that occurred late at night from our Goodyear, Arizona staff and just use those inside jokes. ManBearPig, Kevin Mitchell Is Batman, and UncleWeez provide the insight (and evidence of what 16 milk stouts in one night will do to you) while jch24 plays the role of straight man for once in his life.

Wednesday: Baseball Season Has Started, But Don’t Tell Anyone That In Cincinnati

Before opening their doors to the masses, many new restaurants host "soft openings." Basically, these soft openings are invite-only and give staffs the opportunity to screw up a few times without being in front of people who will complain about it. In this vein, Major League Baseball decided to host a soft opening to the 2012 season by shipping the A’s and Mariners off to Japan this week. While many have panned this move, we here at RIWIAW think it’s pure genius. We cannot think of a better way to present the Athletics and Mariners than to parade them in front of a nation that is so baseball-deprived that Tuffy Rhodes is viewed as a storied home run slugger. Great job, Mr. Commissioner!

It’s not lost upon the staff here at RIWIAW that roster battles are a natural byproduct of spring training. As Harry Truman used to say, the only thing new in the world, is the history you don’t know. With this in mind, let’s take a look back at Spring Training 2010 and Sylde’s analysis of a young Juan Francisco. While his examination appears to be spot on, the real voice of wisdom in this thread comes from Madville. Despite being called an "angry fellow," Mads’ persistence that Frazier is superior to Francisco appears not only consistent, but also prescient.

I knew my comments on Madson would bring out all the haters. Like u haters are holier than thou & would give back the 8.5 million, whateva!

Saturday: Slow News Day for Baseball, I Guess Our Eyes Will Be Glued to the Basketball Games Tonight 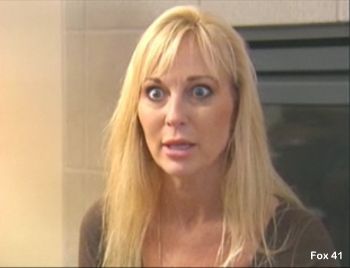