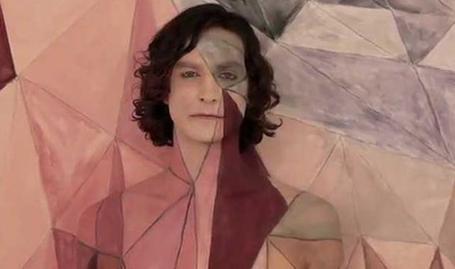 It's the evening of July 15th. The Reds have just completed a three game sweep of the Cardinals and have moved into first place in the NL Central. It's an exciting time in Redsland, but within one heart, there is turmoil. Thom Brennamen sits alone in a darkened room, with only a flickering computer screen lighting his wrenched face. The Arizona Diamondbacks are coming to town tomorrow, and despite broadcasting for a new team for five and a half years now, Thom watches a Gotye video on YouTube over and over again, trying to convince himself that he's well and truly over the plucky team that bucked expectations and won the NL West in 2011. The last of the haunting, lingering notes fades away, and Thom hits Play Again, hoping this time his professions of love for the Reds will be real.

Have Your Friends Collect Your Records and Then Change Your Number

The Diamondbacks experienced a startling turnaround in 2011. After finishing 2010 in last place with a 65-97 record, the team rebounded under manager Kirk Gibson and used strong pitching to finish 94-68, a 29 game turnaround. They lost to the Milwaukee Brewers in the Divisional Round of the playoffs, but took them into extra innings of the decisive fifth game. The principal players from that 2011 all return, and are almost all under 30 (notable exceptions being Joe Saunders and J.J. Putz). The Diamondbacks should expect to contend for the Western crown again.

Told Myself That You Were Right For Me

The Diamondbacks relied on a healthy, dominating quartet of starting pitchers, including a trio of talented right-handers. All will be back this year.

Ian Kennedy (21-4, 222 IP, 1.086 WHIP, 137 ERA+): Ian Kennedy was once the posterboy of the Yankees farm system, along with Phil Hughes. He had a mediocre season in Arizona in 2010 after being traded from New York, but really leapt forward in 2011. He started throwing a two-seam fastball much more often (36.8% of the time in 2011, versus 14.2% in 2010) and that seemed to make all the difference. His walk rate dropped to 2.2/9, the lowest of his career. He led the NL in wins, and finished fourth in the Cy Young voting. He actually came in 14th in the MVP voting as well. His .840 winning percentage was the best ever for a Diamondbacks pitcher, which is especially impressive considering the seasons Curt Schilling and Randy Johnson had while dressing in purple and teal.

Josh Collmenter (10-10, 154.1 IP, 1.069 WHIP, 117 ERA+): Collmenter enjoyed a fantastic rookie season as the fourth starter in the Diamondbacks' rotation, and he can figure to move up this year. His over-the-top delivery threw off batters and led to an impressive string of giving up less than four total runs and twenty total hits in his first six starts. No pitcher had ever done that since 1912. Collmenter does not have great speed, but he mixes his pitches well. It's possible that as the league becomes more accustomed to him, his effectiveness will diminish.

Daniel Hudson (16-12, 222 IP, 1.203 WHIP, 113 ERA+): Daniel Hudson was traded to the Diamondbacks in 2010 for Edwin Jackson and had a scintillating debut in the National League, finishing the season with a 7-1 record. His 2011 was also strong, and he struck out 169 batters over a full season. He uses his 93 mph fastball, and mixes in a changeup and a slider, which he now throws faster (87 mph). The Diamondbacks didn't have a great offense in 2011, but Hudson pitched in by posting a .678 OPS and winning the Silver Slugger. He's the baby of the bunch at 24 years old, and his closest comps are Tim Lincecum and Jered Weaver. Arizona has a youthful, but accomplished front three.

Joe Saunders (12-13, 212 IP, 1.307 WHIP, 107 ERA+): Saunders is the veteran lefthander in the rotation. He's not flashy, and relies on an array of not very fast pitches, but he is a slightly above average innings eater. The Diamondbacks non-tendered him after last year, but brought him back on a one year contract. With the exception of Josh Collmenter, who was a rookie last year, this means all of Arizona's projected rotation will have been together since 2010. Continuity can be a real contributor to success, and we'll see if that's the case in 2012.

J.J. Putz (45 saves, 0.914 WHIP, 182 ERA+): Similar to the Francisco Cordero signing by the Reds, the Diamondbacks brought in free agent Putz to anchor a fairly terrible bullpen. And he did just that (for substantially less money), posting a career high 45 saves. Putz has lost about 3 mph off his fastball, but nevertheless used it more than he had since 2007, with seemingly great effectiveness. The Diamondbacks bullpen also returns David Hernandez, Joe Paterson, Sam Demel, Brad Zeigler, and newcomer Takashi Saito.

You Can Be Addicted To a Certain Kind of Sadness

The Diamondbacks used to be known for something the Reds were also fairly good at: striking out. But in 2011, they broke the cycle and decided to go with guys who got on base at a decent clip. Chris Young led the team in strikeouts with a perfectly respectable 139 to go along with his team-leading 20 home runs.

Miguel Montero (.282/.469/.820): Arizona has one of the finest catchers in the game playing for them. Not only does Montero have some pop (18 home runs), he also hits well for average and threw out a league high 40% of basestealers. He does have some problems handling the ball, committing 11 errors and allowing 8 passed balls, but he also called Edwin Jackson's no-hitter in 2010. Montero was an All-Star in 2011, and will look to be one again in 2012.

Paul Goldschmidt (.250/.474/.808): Arizona let Juan Miranda go to free agency and are hoping that 23 year old USA Today Minor League Player of the Year Paul Goldschmidt can handle his production. Goldschmidt appears to be a slugger of some clout, having hit 30 home runs in the minors before being called up on Aug. 1, and proceding to hit 8 dingers in 48 games for the big league club, plus a grand slam in the playoffs. Should he falter, the Diamondbacks also have veteran first baseman Lyle Overbay to back him up.

Aaron Hill (.315/.492/.878): In the middle of the season, the Diamondbacks traded offensive suckhole Kelly Johnson to the Blue Jays for Aaron Hill to help provide some more offense. It worked pretty well as Hill put up some great numbers from second base in his 33 games there. He was fifth in range factor in 2011, so he shouldn't be just stick.

Stephen Drew (.252/.396/.713): The long-coveted Stephen Drew did not have a great season, and that was before missing half the season with a fractured ankle. Still, he remains a good fielder and has a pretty good bat for a shortstop. The shine is off of Drew a bit, and his ankle will keep him out until May, but the Diamondbacks will have a decision to make about his future with the team. John McDonald is likely to get his playing time until Drew is healthy.

Ryan Roberts (.249/.427/.768): He'll be a 31 year old utility man with just over 1,000 professional plate appearances. He hit 19 home runs last year, which was third on the team, but also nine more than his previous career total. He was originally the second baseman for the Diamondbacks, but moved to the hot corner basically because there was no one else to play it. He gets caught stealing a lot. He has neck tattoos. Just not a lot to like here, but his backup is Geoff Blum.

Gerardo Parra (.292/.427/.784): Parra hit a home run in his first major league at bat, the hundredth player to do so. Though while a good batter, power is not his game. Instead, he gets on base, and then uses his glove and powerful arm to stop teams from the defensive side. He was awarded a Gold Glove last year and will turn 25 this year. The Diamondbacks seemingly have no end to good, young players.

Chris Young (.236/.420/.751): It was a bit of a disappointing year for the power hitting centerfielder. He still hit 20 home runs, but a rebound year from him will go a long way towards the success of the Diamondbacks. At the very least, he can expect another year of not being this Chris Young.

Justin Upton (.289/.529/.898): Remember how I was saying the Diamondbacks didn't have a good offense? That should have read, "except for Justin Upton." The man is 24 years old and a star. Our own Jay Bruce has 100 career home runs at this tender young age, and Upton is right behind him with 91. 31 of those dingers were socked last year, a career high. He actually won the Silver Slugger over our own beloved right fielder and was an All-Star for a second time. If you were presented with the opportunity to swap Bruce for Upton, you'd have to think long and hard about making that deal. Thom might even answer a little too quickly. The one knock on Upton is that his defense is not good. He's led the league in outfield errors three times, including last year. Still, he is the lynchpin of the Diamondbacks offense and should be expected to have another All-Star worthy season.

The Reds have done a pretty decent job at handling the Diamondbacks young stars, and the fact that so many of their players are so young means many of them haven't had a chance to really establish themselves as Bill Hall All-Stars. Rather vexingly, TatMan Ryan Roberts is one who has had success, knocking in 3 home runs in just 23 plate appearances and posting a 1.330 OPS against us. Thanks to the Blue Jays always seemingly scoring 10 runs or more against us, Aaron Hill has also posted a 1.099 OPS against the Reds in six career games. Backup Lyle Overbay can expect to see some action against us, as he has hit Reds pitching to the tune of a 1.066 OPS. Ian Kennedy has won both games he's pitched against Cincinnati, giving up only two runs combined.

Now You're Just Somebody That I Used To Know

The 2011 Diamondbacks were a wonderful who's who of former Reds, including Wily Mo Pena, Russell Branyan, and once and future Diamondback Micah Owings. Sadly, those three are gone this season, but Willie Bloomquist, a Reds veteran of 11 games, will be their top utilityman off the bench.

But Had Me Believing It Was Always Something That I'd Done

In many ways, the Diamondbacks are what the Reds were aspiring to be. They've gotten fantastic production out of a slew of young players who are all either still in or just entering their prime, and they've also managed to lower payroll three straight years. Yes, they had an abysmal 2010, and yes, they outperformed their expected 2011 record by a whopping six games, but the pitching should let them match up with any team in the West, and quite possibly the whole National League. If Goldschmidt can give them some power at first base, and Chris Young and Stephen Drew contribute even at their career averages, the offense should be good too. It's a very well-balanced team, and frankly, one can understand why Thom would be drawn to them. Cuz he's a fucker, that's why.