Nightime (Does this count as weather?) Game time temperature around 60 degrees.

SPRING newsBREAK: The Reds lost 9-4 to the Padres in the early game, but the biggest news was probably that Chapman pitched well, allowing no walks over 3 innings. Is there any reason Clay Zavada couldn't keep Bill Bray's spot warm in the bullpen if Bray starts the season on the DL?

The late night game matches two 2012 Cy Young contenders, though only one inhabits the Universe in which we're living. But would it really surprise you if Homer Bailey had a big, breakout season this year? He hasn't looked as sharp as Francis of Chapman this spring. But not only are we a little less than halfway through, I have a new crackpot theory about spring performance. Rather than disregard spring stats, maybe we need to think of them in a BIzarro sense. BAD = GOOD. It's as good a theory as any other.

The Dodgers lineup reads like MTV Rock 'n' Jock Softball, if it had existed around 1987 and was weirder. Tony Gwynn, some Kennedy, Peter Sellers? Tim Wallach? 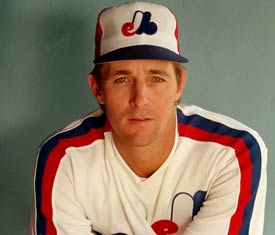 I'm not sure exactly why this game is at night. With the Dodgers involved, it's possible it was pre-taped at a studio in Burbank. Stay tuned for Conan. Actually, who is it now?

Lineups after the jump.