Share All sharing options for: The Red Report: Ryan Madson

Subtitle: "Ma-sty Boy the second - as ma-sty as he wants to be"

with strength and precision (R)

Believe it or not, "Mad Dog" is his official bb-ref nickname. Other potentially creative nicknames include Ry-Dog, R-Mad, Ry-Ma, Mad Ryan, Mad Man, and Ryan California.

What He Means to the Reds:

Quantifying the effect of a reliever is tricky. They only pitch a fraction of the innings that a starter does, but they're highly-leveraged ones. There's also the trickle-down "chaining" effect in which Dusty Baker will be free to use his lesser relievers in less critical opportunities. Valuable, but hard to say how much.

Madson and an improved bullpen should also boost the starting pitching, which was undoubtedly the team's biggest weakness. But while the food was terrible, the portions weren't generous, either. The Reds were average or below-average in innings per start and average Game Score, and I suspect they'd be among the leaders if there was a stat like "disaster starts". The addition of Mat Latos surely aids the rotation. But an improved bullpen also takes some of the pressure off the starters and gives Dusty the freedom to go to his bullpen earlier in the game, if necessary.

Scouting: it's the changeup, stupid 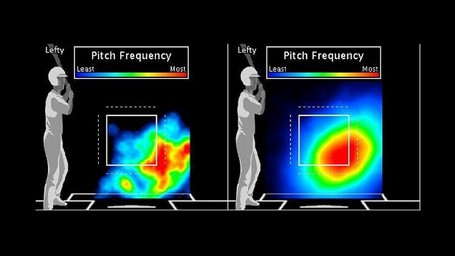 Current deal: One year, $6M (with some deferred). There's also a $11M mutual option that Madson is unlikely exercise; the Reds are on the hook for $2.5M if they don't exercise their side of the option. At least, that's how I think this works out. Among other bonuses, there's $100K for being the World Series MVP.

Please participate in our crowd-sourcing regarding Madson's projected season: