This Day in Reds History: The Reds release a Hall of Famer

On this day in Reds history, Cincinnati released a Hall of Famer and made several trades.

Share All sharing options for: This Day in Reds History: The Reds release a Hall of Famer

On this day in 1899, the Reds released manager Buck Ewing. The Hall of Fame catcher was one of baseball's biggest stars and best players in the early years of the National League, particularly in the 1880s and early 1890s. A native of Hoagland, OH, Ewing started his career with the Troy Trojans of the NL in 1880. After three seasons with Troy, he played in New York City for a decade. From 1883 to 1889 and 1891 to 1892, Ewing played for the NL team in the Big Apple. The team was originally known as the Gothams, but the club changed its name to the more familiar Giants nickname in 1885.

In 1890, Ewing played for the New York Giants of the short-lived Players' League. He also managed the team. The Brotherhood of Professional Base-Ball Players, which was the players' first attempt at a union, organized the PL in an effort to earn fair salaries for the players. The league's owners were not as well-funded as the more established NL owners, and the PL folded after one season. However, the league attracted many of the stars of the era, including Roger Connor, Pete Browning (the original "Louisville Slugger"), Hugh Duffy, Dan Brouthers, "Orator" Jim O'Rourke, Monte Ward (leader of the union and one of baseball's greatest two-way players), Old Hoss Radbourn, and Dummy Hoy (baseball's greatest deaf player; rumored to be the reason for the out and safe hand signals we know today). Ewing played well and finished in the top ten in several categories: Batting average, slugging percentage, triples, home runs, OPS+, and bWAR. He also caught 81 games, which was a fairly high total for the era (81 games was good for fourth in the league among catchers ).

After his days in New York were over, Ewing played for both the Cleveland Spiders and the Reds, managing the latter for five seasons. He died of complications from diabetes in Cincinnati in 1906 at the age of 47. Ewing and Cap Anson led all 19th century players in the initial Hall of Fame vote in 1936. The writers elected both players three years later in 1939.

On this day in 1940, the Reds traded shortstop Billy Myers to the Chicago Cubs for shortstop Bobby Mattick and outfielder Jim Gleeson.

On this day in 1946, the Reds traded right-hander Ed Heusser to the Brooklyn Dodgers for outfielder/first baseman Augie Galan.

On this day in 1964, the Reds traded prospect and utility player Cesar Tovar to the Minnesota Twins for lefty Gerry Arrigo. Tovar was a key member of Minnesota's successful clubs of the late 1960s and early 1970s, while Arrigo's performance in Cincinnati was mediocre.

On this day in 1973, the Reds traded lefty Ross Grimsley to Baltimore for outfielder Merv Rettenmund and infielder Junior Kennedy. Grimsley had quite the personal appearance while with the Orioles. 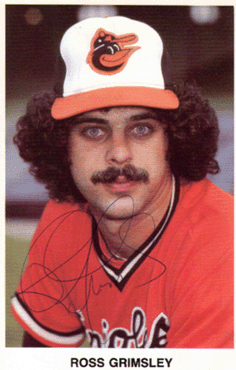 On this day in 2008, the Reds signed righty reliever Mike Lincoln.

Chazerize picked up two points in the last round of trivia.