Since we didn't spend a ton of time at Redsfest this year, and I didn't get too many pictures, I'm not going to spend an entire article on our time there. Long story short, it was a Redsfest experience that was remarkably similar to every other Redsfest experience we've ever had. Autograph lines, places to buy stuff, advertising booths, and $7 beers. Still, I have a few thoughts. 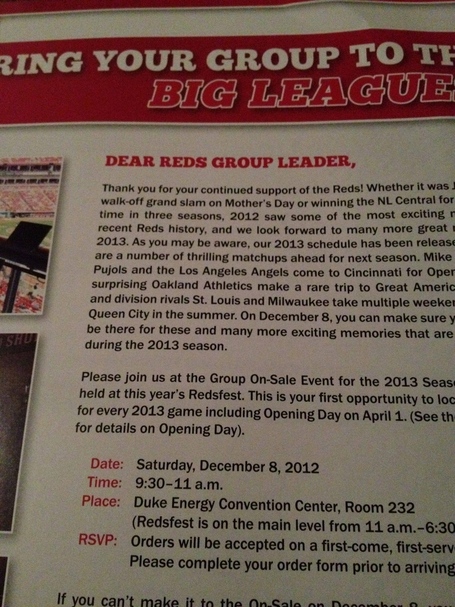 Yep. The Reds sent me (and RR) our OWN invite, but I didn't get it until the day of the event. Way to go, guys. 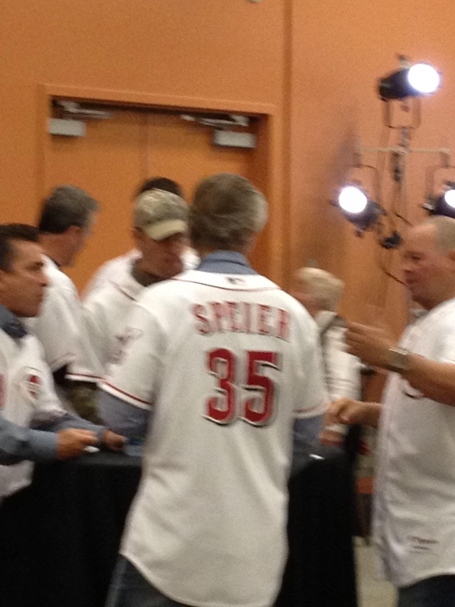 Is this the first time we've seen Mat smile? 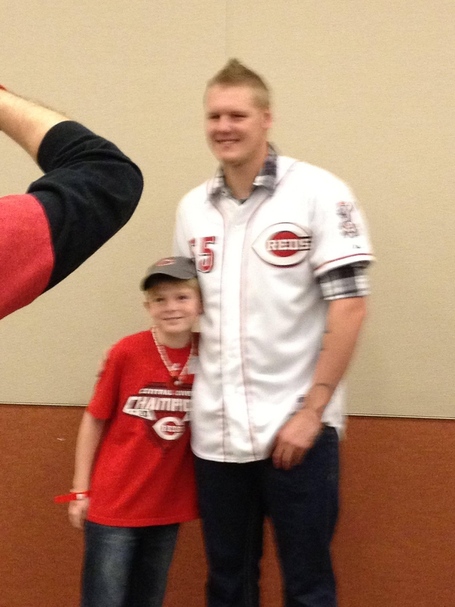 And J.J. Hoover looks like a dude who bought a jersey downstairs. 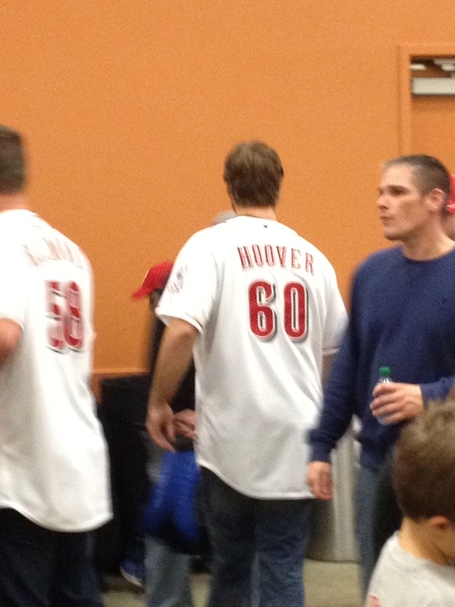 Anyway, on to today's links.

The article mostly talks about Didi and Arizona, but it seems like it echoes most of baseball's reaction that the Choo deal is a slight win for the Reds.

Anderson breaks down what's happened to Stubbs the last two years, and honestly, it makes me glad that he's not something we have to worry about anymore.

With Bell bolting to Chicago, Jim Riggleman will take the reins in Louisville next year. Delino DeShields takes over in Pensacola from Dayton, and Jose Nieves is the new man at 5/3 field. I think it's nice that Billy Hamilton will have a manager he's familiar with. Tony Fossas moves from Billings to Dayton in the pitching coach capacity, which means Tom Browning will move somewhere else within the organization.

Fay: Paring down the roster

As it stands, the Reds roster has 27 players for 25 spots. Obviously, it's incredibly early to be thinking about this, but based on the list of names he mentions, ship Leake and Ondrusek to AAA and you're done.

They came to the same conclusion I did in the above paragraph. They're smart guys, those RLNers.

I haven't listened to this yet, but Baseball America broke down our trade. I'm sure it's awesome.

Ok, I leave you with our final parting shot from Redsfest.... enjoy. 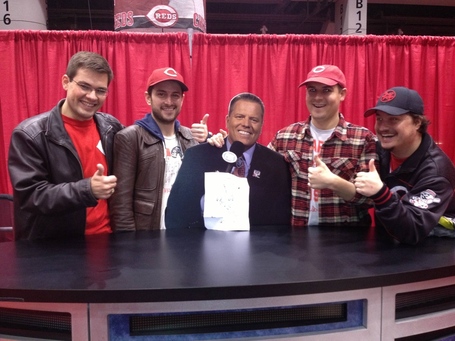