All silly, pointless, things come to an end. This series is one of them

Share All sharing options for: The Best Names in Cincinnati Reds History, a Grand Finale (2000's)

When this series started, we had some great fin de ciecle names to make fun of. Things are trickier in the 21st century, where we have names that we actually remember. Thankfully, there are enough foreigners and silly parents to make this still fun without venturing into the queasily racist Shithead/Female jokes. As always, the rules:

Kimera Bartee: A really lovely name for a southern belle, a real shitty name for a utility outfielder. Kind of a poster child for "dudes with high OBP but no power in the minors who can't translate to the bigs," he used to be a prospect but now he's just somebody that I used to know.

Calvin Pickering: Was actually a jacked mo'fo at 6'5, 255, but that name just screams "chucklehead" to me. Has the best lifetime OPS of a dude out of the Windies, beating out Midre Cummings and Jose Morales. I'm always surprised that there aren't more baseballers out of those cricket-mad islands, considering how much those folks can hit and how close it is. Have you seen Fire in Babylon yet? It's about one of the best cricket teams ever, who just happened to be all-black at a time when Apartheid was raging and Bob Marley was just getting famous. So yeah, you should really check it out.

Corky Miller: Our first active player of this list so far. Of course, Corky will be catching when the Earth has turned to dust and the sky is green. He'll look good doing it, too.

Elmer Dessens: You younger Reds fans who even think about griping over current Reds pitchers: there was a time when our hopes and dreams were rested on the chubby shoulders of a Sonoran who couldn't strike anyone out. Plus, crappy glue puns every time he pitched well.

Wily Mo Pena: What's your favorite Wily Mo story? Mine is probably when he caught a ground ball single and, when the runner on second was turning for home, uncorked a throw to the catcher. The ball hit somewhere half up the protective meshing, nowhere near Jason LaRue. I will always have a soft spot in my heart for Wily Mo, and you should too: 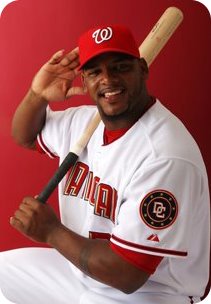 D’Angelo Jimenez: 99% of the country thinks of hips when they think of D'Angelo. I am sorry you're in the 1%.

Russell Branyan: Just a fantastic name for a burly slugger. The middle name of "Oles" doesn't hurt, either.

Stephen Smitherman: A pencil neck name for a dude who I think everyone was positive was never going to hit. The 2000s were a dark time.

Felix Heredia: Okay, I've made fun of a lot of names in this series, but I genuinely love the name Felix Heredia. "Felix" is an underrated name and "Heredia" is taken from good ol' King Herod, who never did anything wrong. It's really rare to find a Latin-derived name that can keep its power through today.

Jung Bong: Heh...bong...also, what the hell was with not wanting a single strikeout pitcher for the entire fucking decade?

Elizardo Ramirez: Was, in retrospect, not very good at all. Still, 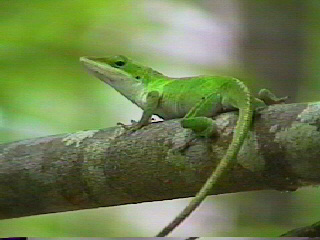 Randy Keisler: Hey, anyone else remember that literally only good thing he did? Relatedly, if Madville wasn't calling him Randy Keester back then, I don't know what.

Kirk Saarloos: Remember when the Reds traded for someone who had more walks than strikeouts the year before? And that someone was a pitcher? I remember telling my dad that it looked like Kirk needed more "L"s in his name. To which he responded "better he take them than give them all to the Reds."

Rheal Cormier: Not the Fhake Cormier! As it turned out, over-the-hill French-Canadian LOOGYs were not the new market inefficiency.

Homer Bailey: The Great Surly Hope. While Homer is no longer a terrible name for a pitcher, I will always remember him explaining to Laaaance that when the ball gets it, it's physical: 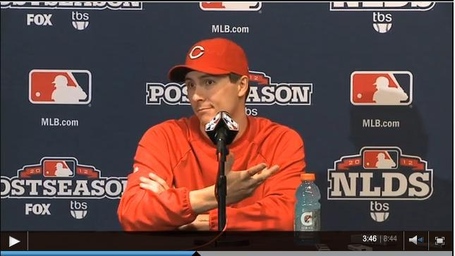 Jon Coutlangus: The Colonel will always be appreciated for his willingness to help out and to stick his nose in when the team needed it. One of the hardest workers on the team and always there to lick the opposition.

Norris Hopper: Was a lot better than any of us would like to admit. Also, I wonder if all of his GRR HE'S A GAMER defenders would be as down with the Hoppness if they knew his penchant for hitting girls. Also, we would have all taken him a lot more seriously if he had a better first name than Norris.

Bronson Arroyo: We have soft spots for people named after Charles Bronson. It's a great old-school name for an old-school pitcher.

Most Cincinnati Name: These have gotten tougher as time has gone by. There's nobody too German or too Kentucky to pick out here. Stephen Smitherman sounds like the Treasurer of the Student Body at Archbishop Spaulding, though, so I'll go with him.

Most 2000's Name: Again, without the benefit of retrospect, it's difficult to encapsulate the 2000s with just a name. But I will say that the "silly spelling" trend, the need for brevity in a text-happy world, and a love for overmasculinity leave us no choice but Laynce Nix.

Best Name of the Decade: We probably had the most fun with Jon Coutlangus. Kimera Bartee is the most ridiculous. Jung Bong is just absurd. However, the sentimentalist in me is going to give the award to Homer Bailey. He came with us through the shit-smelling foulness of the 2000s into the bright new morning of the 2010s, making his name turn from a dark joke into an ironic joke. It's a scouts-not-stats choice, but it's the choice I am making.