Marvin Miller died yesterday at the age of 95. Fewer people in the history of the game have had a greater influence than the man who was called a "mustachioed four-flusher" by Braves executive Paul Richards. By the time his 16 year tenure as Director of the MLBPA came to an end, the balance of power in baseball had changed, the Reserve Clause was kaput and ballplayers were no longer possessions of the team owners. Instead of killing professional baseball, like so many assumed, baseball revenue has grown from $50 million in 1966 to over $7.5 billion today.

He will likely be inducted to the Hall of Fame soon, joining Ron Santo and Buck O'Neil as men who should have had the privilege of standing at that podium in Cooperstown, but won't because the Veteran's Committee sat on their hands.

Runs Batted Out: Someone other than Emmanuel Burriss

I don't think anyone here is overjoyed with the idea of Manny Burris breaking camp with the big league club as the backup SS, and I hope to heck that Walt isn't either. Travis Reitsma (no relation to Chris I presume) highlights a middle infielder that can be had for around a million bucks, but can still manage to put up an OPS+ over 70 while being a serviceable backup at SS and 2B. Ronny Cedeno put up the best offensive numbers of his career in 2012, but even if he regresses close to his career numbers, it would still be a marked improvement over what the Reds have run out there the last few years.

Jonah Keri's list of the 50 most valuable trade commodities - which considers contract status, age, and positional scarcity, but excludes prospects - has Bruce at 35, Cueto at 28 and Chapman at 17. Mat Latos got an honorable mention, but was ultimately left off the list. Speaking about Cueto, Keri says what all Reds fans know to be true:

R.A. Dickey won the Cy Young, but Cueto was right there with the best in the league, posting a .278 ERA, 3.27 FIP, and 3½-to-1 strikeout-to-walk rate. A fully formed no. 1 starter at age 26, the Reds smartly got pen to paper early, which means Cueto is Cincinnati property for the next three years, at just $27 million (including a $10 million club option in 2015).

FanGraphs: The Cubs are making some smart moves.

I liked it a lot better when the Cubs were run by a knucklehead that thought throwing a bunch of money around at guys like Alfonso Soriano was a god idea. But sadly for us, Jim Hendry is gone and Jed Hoyer and Theo Epstein are making much better decisions. They signed Scott Feldman to a cheap 1-year deal, most likely in hopes that he has a good first half and they can flip him for prospects at the deadline.

This is the third deal they've made for bargain starters since last year. With the new CBA, teams have to ration how much money they can spend on prospects. With the caps on the draft and international free agent signings, a team in the Cubs' position can use major league free agency to restock their farm system. 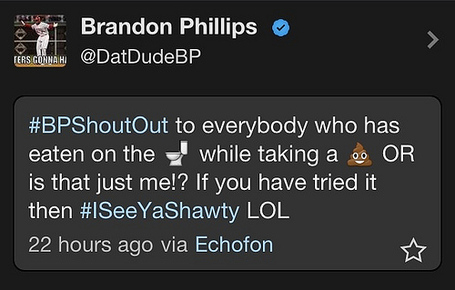