No Reds baseball tonight, so here's a re-run.

There were other games happening today, but last night is re-running on Red Reporter 2, Red Reporter News and CRedReporter.

Top of the 1st

Zack Cozart called out on strikes.

Not my favorite start to a game. Partly because I don't have enough snacks. By the first pitch, you should have a healthy and unhealthy snack in position - one for celebration, the other for self-flagellation or de-guilting from excessive celebration.

Bumgarner - who was called a "slingballer" by TBS - is painting at this point and living up to his name by "garnering" "bum" calls on the innermost reaches of the Ball Zone. He also fed Joey Votto all fastballs during his at bat, which I personally guaranteed he would not be able to do.

did they just call Bumgarner retarded?

Bottom of the 1st

Nice little inning, but a little bit scary. Arroyo makes me nervous when he's spraying liners and fly balls, especially Pagan's "Cincinnati HR" to lead off the inning. But maybe Bronson is just stretching out and exploring the space. You'll be forgiven for thinking this park was specifically designed for him, combine with boat access and the phallic coke bottle/yonic catcher's mitt imagery.

Top of the 2nd

Ryan Ludwick homers (1) on a fly ball to center field.

My approval rating for this play is very high. Probably 100%. It's Ludwick's first post-season HR in 18 PAs. Ludwick was 3rd in the NL in "no doubt" HRs this season and this one would have done Gwen Stefani proud.

INVEST MY MONEY, YOU GENIUS!

Please do not leave your money lying around in the thread.

I'm afraid of eating my words here about Stubbs flailing against Cain, but handling Bumgarner.

Bottom of the 2nd

It has to be frustrating to realize the opposing pitcher is setting you down in order while topping out at 89. And is not also R.A. Dickey.

Top of the 3rd

Zack Cozart strikes out on a foul tip.

This was a three Brandon inning, with a Bronson for good measure. There's rarely this kind of B-son density West of the Mississip'.

Bottom of the 3rd

Gregor Blanco called out on strikes.

Nine straight outs for Arroyo and four Ks in a row. One of his curveballs that inning was dangerously close to being below 70 miles per hour. He's capable of greatness, but probably most baseball fans think of Arroyo on the level of being a bobblehead with a worn-out spring they come across at Goodwill, rather than a franchise player:

I was cleaning out the closet this wekend

and wondered what to do w/ my Arroyo bobblehead… Told Mrs Nlt-andrew if Arroyo wins it gets to stay, if he loses..off to goodwill. If he keeps this up it just might get a shrine in the living room.

Top of the 4th

These were all singles, which is a little bit impressive. The Reds fan inside wants to find something wrong with this, so starts thinking about this kind of offense not flying in single-suppressing GABP. But: the Reds are also hitting for some power.

I can't seem to poke any holes in this incredibly carnival of pleasures.

Bottom of the 4th

I've eaten through my Mallomars at this point. I think Arroyo threw a curveball in this inning that Marco Scutaro hit with the air around his bat.

Another in a long string of apologies to Ryan Ludwick, I expressed regret for calling him CrudPrick this inning. But I'm not sorry. It was a term of endearment. These days, even grounding into a double pay he's endearing.

Somewhere in here, TBS showed footage of Buster Posey having his leg unhinged. This was, as Cy Schourek so accurately described it, a "dick move."

Brandon Belt scuttles perfection by singling on an 89 mph sinker. We got greedy expecting this game to be historically mind-blowing, rather than just mind-blowing. It's like drinking: know your limits and settle for very buzzed, rather than Boris Yeltsin. You can avoid getting sick that way.

Speaking of which. Even though it was Sunday, there was an air of intoxication on here and on Twitter. Let's skip to the best part:

Top of the 8th

The really wild thing was that within the space of an inning, the Reds went from playing for Game 2 of a playoff series to running the scrubs out there.

AT&T Park starting emptying out after that. We were triumphal, but still haven't gotten the hang of rubbing it in:

Get the hell outta here and go hang out at your waterfront and bridge and go play in your silicon valley money!

The offensive outporing was capped with probably the most-rec'd comment of the evening, quite possibly the most -rec'd wildlife allegory in Red Reporter history: 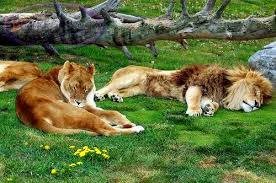 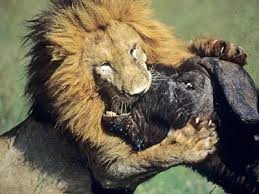 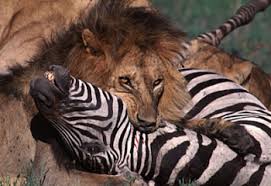 That's where we should leave it.