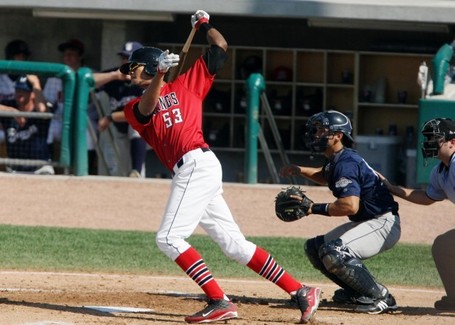 Juan Duran is the 16th prospect on the list. It's been exciting to follow him since he signed with his huge bonus at age 16, and to see what he's evolved into. If he can corral those strikeouts, this is a special hitter, folks. If.