2012 Community Prospect Rankings: The Hill People have spoken, Kyle Lotzkar is the 14th prospect on our list

Share All sharing options for: 2012 Community Prospect Rankings: The Hill People have spoken, Kyle Lotzkar is the 14th prospect on our list 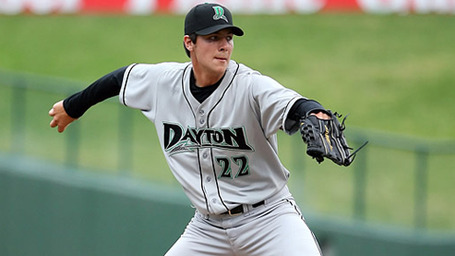 Kyle Lotzkar is interesting to me. Doesn't it seem like he should be 26 or 27 by now? Oddly enough, he's only 22, and assuming he starts the year in Bakersfield, will be pretty much right on for his level. Command numbers are promising, but I'm wondering if he hasn't lost that strikeout edge that made him a strong prospect to begin with. After a strong end to the year in Billings in 2010 (14.8 K/9), he posted his lowest strikeout ratio ever in Dayton last year at 9.7 K/9. Is it a change in philosophy, or better hitters? Is he still recovering, two years after the TJ surgery? This year will be a big one for him to see what the kid is made of.

A few new names to add to the list today including one you might not expect, so keep voting!